Trust Is Government’s Most Important but Disregarded Asset 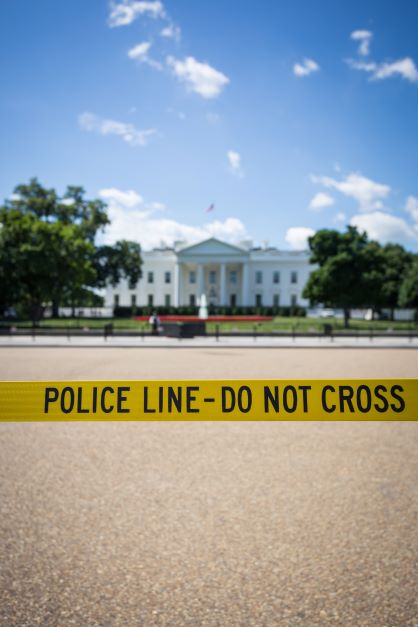 Trust is a simple concept; it is the assured reliance on the character, ability, strength, or truth of someone or something. In simple terms, it means the person or institution does what it states it will do. The United States government has a hard time persuading a majority of its citizens to trust it. The lack of trust in the federal government is seriously eroding its creditability. If it continues to grow, it will impact the federal government’s ability to govern the nation.

The government of the United States has massive assets. It owns 27% of all the land in the country, and through the use of eminent domain, it can acquire whatever other lands it desires. It has trillions of dollars to spend on its wishes while passing its debt to future generations, so it does not burden the current “taking generation.” It controls a well-armed military and an overly arbitrary Federal Bureau of Investigation, to keep any dissent in its place, down to parents at school board meetings. Through the doctrine of sovereign immunity, the Supreme Court holds the federal government “can do no wrong,” therefore it is immune from suit and accountability unless it allows some commoner to sue it.

Yet, having these many powers and riches to do what it wants, and to be free of legal challenges, is not making the lives of citizens  better.

The Pew Research Center’s study of trust in government from 1958-2022 found only two in ten Americans in 2022 trust the government in Washington. In 1958 seventy-five percent of Americans trusted the federal government to do the right thing almost always or most of the time.

Trust is the foundation of democracy. The philosophical theories underlying democracy believed that it was only by persuading man to trust the benefits of civil society (primarily the protection of property) that man was willing to abandon his state of nature, that wild, primitive state untouched by civilization. When trust in government is lost, it is hard to ensure the continuation of democracy.

In a civil society, humans renounce individual power and comply with the rules of the community by trusting the community will safeguard them and subject offenders to punishment. When the bonds of civil society break, people no longer feel protected from their enemies, which can include government.

The seeds of this distrust are sown by those who seek public office. These office seekers do not seek office to be our servants. They seek it to be our masters. They do not have loyalty to the Constitution and the rule of law. Their loyalty is to their brand, and the political party and interest groups that help elect them. To these office seekers, being a federal office holder is about being a ruler of the people, not a trustee of the Constitution. This misguided loyalty destroys our Constitutional structure by ignoring the separation of powers mandate to ensure each branch of government is an independent check on the other branches to limit the powers of government.

Institutional integrity is lost when the powers of the several branches of our government become blended due to party affiliation. Once in this situation, the rights of the people are only protected by Republicans or Democrats, depending on who is in power and who they want to protect. In this situation, Congress generally diminishes itself by allowing the Executive to legislate through Executive Order, rulemaking, arbitrary enforcement, or non-enforcement of the laws.

As our public officials abandon strict adherence to the separation of powers structure of the Constitution, government separates itself from the people. The new structure replaces the sovereignty of the people with the authority of government officials.

How can citizens have faith in a government that acts in this manner? John Locke believed these government actions put it in a state of war with its people. Locke writes, “Whensoever, therefore, the legislature [government] shall transgress this fundamental rule of society… [by] this breach of trust they forfeit the power the people had put into their hands for quite contrary ends, and it devolves to the people who have a right to” establish a new government.”

Today the government of the United States is in a perpetual state of war with half the people of the nation. The United States truly depicts Lincoln’s “House Divided.” While a congressional election in a few months may restrain some of the hostility directed at many citizens, it will not be sufficient to heal the nation. Over the next few elections, the country needs to elect representatives who seek to be our servants, not our rulers. Only when citizens elect Representatives who pledge to serve as fiduciaries to the nation and trustees of the Constitution, will we have a government that restores trust in the government.

While the government must have the trust of the people, the actions U.S government are at war with fifty percent of its population. This makes trust impossible.