The Judgment Fund – The Mother of all Slush Funds 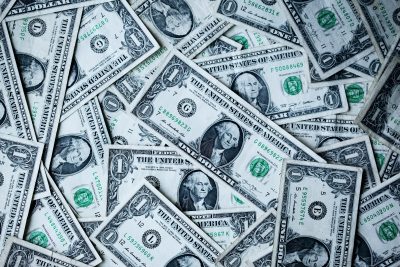 Remember when the media reported the Biden administration was contemplating paying illegal migrant families $450,000 per person as a settlement for separating the children from their parent(s). Did you ever ask where would the money come from? Did Congress ever enact a specific appropriation for its payment? The answer is simple – it comes from the Judgment Fund which is the mother of all slush funds. Nothing in the world is comparable to it other than dictators stealing the treasury of a nation. In the U.S., Congress has made such secret payments legal and routine.

The Judgment Fund pays judgments against the United States and settlements agreed to by the Department of Justice. It is a fund that does not disclose the receipt of the payments or settlements even when the actions establish major agency policy or when requested by congressional appropriators. It is a fund without accountability or transparency since the federal agencies making the payments will not provide Congress or taxpayers information about who was paid by the fund.

How does the Judgment Fund work? It is a permanent, indefinite, and unlimited congressional appropriation continuously available to pay money judgments entered against the United States and settlements of cases in or likely to be in litigation with the United States. As an indefinite appropriation, it is so secret that Congress no longer even debates what the amounts are for. The amounts are appropriated, no matter what the amount. The Department of the Treasury just pays the claims when the proper paperwork is presented to it.

In 1956 Congress passed the Judgment Fund Act to provide for payment of most judgments against the United States without the need for individual appropriations. The congressional justification was to enhance the efficiency of the appropriations process. In 1961 Congress amended the statute to pay for settlements in addition to judgments but with a ceiling on such payments of $100,000. In 1977 Congress eliminated the ceiling and now the fund is available to pay any covered judgment or settlement, regardless of amount.

The Judgment Fund functions as an automatic withdrawal from the nation’s treasury. Moreover, the payments made to satisfy a judgment against the US or to settle the alleged illegal activity of the agency, do not come out of the agency’s budget.  There is no penalty to the agency for misconduct or illegal activity since payments do not have to be reimbursed unless Congress appropriated funds to the agency for such payments. Simply, agencies are not required to pay for their misconduct or unlawful activities.

What payments have been made under the Judgment Fund? While the Department of the Treasury provides a list of payments and the amounts, it does not identify who received the payments. In a 2016 article, Politico described how federal agencies, using the Judgment Fund, hid more than $4.3 billion in payment to settle sexual harassment complaints. In 2020, the Judgment Fund paid out nearly 7,500 payments totaling over $14 billion.

Even after the House and Senate, Committees on Appropriations requested details concerning the names of claimants, the amounts to be paid and a description of the facts, the Treasury continued its refusal to provide the information to Congress. Moreover, the Obama administration settled over sixty lawsuits with environmental groups. It is likely it utilized the Judgment Fund since there was no other money appropriated to Environmental Protection Agency (“EPA”) to settle lawsuits. Unfortunately, it is impossible to know since the EPA, like all federal agencies, refuses to release the names of the recipients

Are there limits to these secret payments? Unless there is a specific statute authorizing payments in a different manner, there are no limits to payments from the Judgment Fund. According to a September 7, 2016, House Judiciary Committee report, Subcommittee on the Constitution and Civil Justice, the Obama administration likely used the Judgment Fund to settle the $1.7 billion payment to the Islamic Republic of Iran for claims made on the sale of military equipment before the 1979 Iranian Revolution. This is the incident in which the US flew planeloads of cash, in foreign currencies, to Iran as part of what could be termed a ransom payment for American prisoners.

It is time for Congress to take seriously one of its main legislative responsibilities; its control over the nation’s purse as required by Article I, section 9, clause 7 of our Constitution. It can no longer leave the Executive branch with blank checks to be used when needing money to make secret payments, most times for wrongdoing. It is time for our government to be honest with us about what it spends and the recipients of its spending. After all, it is our money!