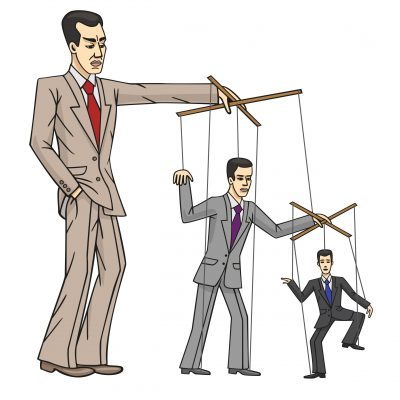 In the frenzied days after Democrats won control of Congress, the presidency, and rioters invaded the Capitol, Big Tech, relying on section 230 of the Communications Decency Act, for immunity from civil suit, launched a surprise attack on web content they deemed objectionable. Twitter permanently banned President Trump’s account, wiping out his contact with 88 million followers and banned thousands of conservative social media accounts. Google and Apple blocked Parler’s App from their stores and Amazon Web Services (“AWS”) denied Parler access to its cloud network. Parler was shut down. A swath of conservatives lost the ability to speak on the Internet, the nation’s new public square, the place where political ideas are exchanged, and commerce flows.

Two questions must be answered –

http://essexprintstudio.co.uk/tag/lino-printing/ What does section 230 do?

Section 230 has two primary provisions. The first exempts internet providers from civil liability for publishing any information from another content provider that is objectionable. The second provision exempts Big Tech from liability when it takes voluntary, good faith actions, to restrict objectionable materials or provides the technical means to restrict them.

These principles are set out in Marsh v. Alabama, (1946). Marsh, a privately owned town, made it illegal for persons to distribute religious literature on its sidewalks. Since the town functioned like any other community having speech and commerce, citizens in the town had the same rights as if in a municipal town. When private parties wield great power over the public’s use of town services, the powers of the private parties are circumscribed by the statutory and constitutional rights of those using the town. Private property rights are not sufficient to justify restricting fundamental liberties.

Since the First Amendment severely limits governments’ power to regulate political speech, the government cannot grant private parties, functioning as a government, more power than it has. If Congress desires to impose speech limitations on the Internet, it must do so directly, by government regulation that protects the constitutional rights of citizens.

By refusing to sell Parler’s app, and by denying Parler’s access to cloud storage, Google, Apple, and AWS, private parties, relying on a congressional grant of civil immunity, took, in essence, regulatory actions to put another private company out of business. Congress has no constitutional authority to authorize, or foster conduct by private parties, that allows them to regulate other businesses. This has been the law since the U.S. Supreme Court’s decided Carter v. Carter Coal, (1936).

In Carter, Congress delegated to coal producers and miners the power to impose standards on other producers and miners.  Carter held a private entity “…may not be entrusted with the power to regulate the business of another, and especially a competitor. Any statute which attempts to confer such power undertakes an intolerable and unconstitutional interference with personal liberty and private property. The delegation is so clearly arbitrary, and … a denial of…due process…”

By granting immunity from liability to big tech for restricting materials Big Tech deems objectionable, Congress is sanctioning the regulation of private parties by other private parties, an action it has no constitutional authority to authorize. Regulating competition is the responsibility of the government.

The principles in Carter were upheld by the DC Circuit as recently as 2013 in American Assn of Railroads v.US DOT (reversed on other grounds).

Section 230 immunity from suit encourages Big Tech to assume the regulatory functions of government by regulating the rights of other businesses to speak and compete in the public square. The Constitution does not give Congress or private parties this power.

This article was first published by The Hill.