Rs on House Oversight: Tools to Guard the Republic Now & 2023 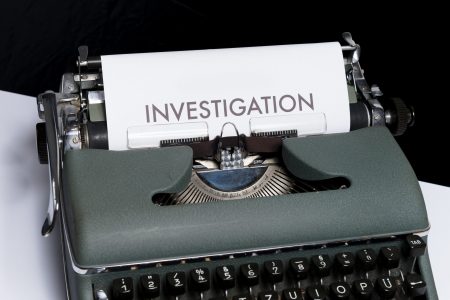 The House Republicans act as if they are powerless to resist the Biden, Pelosi & Squad insanity infecting our government. Republicans’ mumble nothing can be done until we regain the majority in the House in 2023. That thinking is a false negative in Covid jargon. House Republicans on the Oversight and Government Reform Committee (“OGR”), even as a minority, have subpoena power and the ability to start organizing now so that on January 3, 2023, the committee can start swearing in witnesses. It is foolish to waste the next ten months being depressed.

Effective action by non-legislative committees looking into out-of-control spending and government mismanagement goes back decades along with the right of the minority on the OGR to issue subpoenas.

With a $ 30 trillion national debt, an open southern border, consistently confusing and changing vaccine mandates, and what might be another war or just another foreign policy embarrassment, the likely Republican House in 2023, has the proverbial “golden opportunity” to put on the performance of a lifetime. The show is called “Oversight.” History has given the OGR a script and the tools needed to reduce non-essential federal expenditures, root-out corruption, and foster Federalism as our Founders intended. All that is needed is serious planning and a few early subpoenas.

Government mismanagement all starts with spending too much money. Since 2016 the ratio of debt to GDP in the U.S. has ranged from 105% – to 129%. The last time Congress found itself with a national debt exceeding its Gross National Product was the World War II-era when the debt to GDP ratio ranged between 103% – 119%. Today every household in the U.S. owes $223,000 as of its share of the national debt.

Unless Congress accepts our children living in involuntary servitude to the federal government, it must immediately address the issue. To address the rising national debt caused by World War II, Congress created the “Joint Committee on Reduction of Non-Essential Federal Expenditures” (“Joint Committee”), which existed from 1941-1974. Its purpose was to “make a full and complete study and investigation of all expenditures of the federal government with a view to recommending the elimination or reduction of all such expenditures deemed by the joint committee to be non-essential.”

While the Joint Committee lacked legislative authority, it took its investigative role seriously. It recommended eliminating many New Deal programs such as Regional Agriculture Corporations, Government Corporations, the Civilian Conservation Corps, and the National Youth Administration. During its years of operation, our national debt declined from 119% of GDP in 1946 to 31% in 1974. By keeping the focus on the nation’s debt and recommending the elimination of non-essential programs, Congress brought the nation back to fiscal sanity.

In the 1960s, Congress began a series of legislative reorganizations that culminated in 1974 with the enactment of the Congressional Budget and Impoundment Control Act which eliminated the Joint Committee. Some of the Joint Committee functions were transferred to the newly created Congressional Budget Office, (“CBO)”. The remaining responsibilities were transferred to the existing OGR.

The CBO now provides Congress with nonpartisan analysis on budget and economic matters. In addition to producing 600 to 800 formal cost estimates each year, it also provides thousands of pages of advice on legislative proposals amendments. It publishes numerous reports on the budget and the economy. CBO helps Congress understand the economic and budget impacts of its decisions.

The OGR, however, was given very special powers to oversee the Executive branch. House Rules made it the primary investigative Committee in the House of Representatives. It was given authority to investigate “any matter” within the jurisdiction of the other standing House Committees, including the workings of government agencies. To ensure it can secure the information needed, OGR has the authority to issue subpoenas to compel witnesses to testify and produce documents. Even the minority on OGR have subpoena power upon the request of seven members of the Committee. The D.C. Circuit recently upheld the use of this power by the minority.

Additionally, House Rule X, Clause 4 requires OGR to receive and examine reports from the Government Accountability Office (“GAO”), the congressional watchdog over agency activity. GAO examines the operations of all government agencies and issues about 900 reports annually on most aspects of the operations of government.

OGR is also responsible for reviewing the federal/state relationship to ensure it works in a coordinated, constitutional manner. The combination of investigative powers over the entire federal government, a mandate to review GAO reports on government operations, access to the CBO for advice on budget and economic issues, and a mandate to ensure federalism functions constitutionally gives OGR a unique role in protecting our Republic.

Unfortunately, Republicans’ oversight activities have been superficial, at best, for decades. The best example of Republican oversight malpractice is its willingness to deem unauthorized laws authorized to avoid reviewing the effectiveness of the laws and reauthorizing them. In FY 2021 Congress appropriated about $432 billion for 1,068 programs whose authorizations of appropriations had expired. Not one member of the House objected to this legislative scam. The same lack of oversight is endemic with regard to the budget and national debt. Congress has the increases on autopilot. There may be a few hearings and critical words spoken, but the increases always are enacted.

Illegal immigrants are costing taxpayers billions each month since the President is unwilling to enforce immigration and labor laws. Republicans complain, but there is no attempt to use their spending or subpoena powers to stop the president’s illegal activity.

And then there is the total disrespect for Federalism and the sovereignty of states, as illustrated by a President who denies states like Florida lifesaving monoclonal antibodies needed to treat Covid patients. Or a president that opens an entire southern border and burdens the states of Texas, Florida, and Arizona with responsibility for the financial, health, and law enforcement burdens of illegal immigrants, drug dealers, overdose deaths, an increase in crime, and destroyed property.

Why is the Republican minority on OGR so fearful of using its subpoena power to at least get the information on these many questionable activities today, as preparation for January 3, 2023?

If there was ever a time when this nation needs Congress to focus on oversight of the federal government, it is now. The Joint Committee may be gone, but OGR is here in its place. OGR, with access to CBO, GAO, having subpoena power, and the ability to investigate any federal agency and send the results of the investigation to the appropriate legislative committees has far more resources to identify and eliminate the non-essential functions of the federal government than the Joint Committee.

Impossible, some may say, Congress can never get control of the Executive branch. It is just too powerful. Nonsense, one House of Congress, smartly using its power of the purse, can merely refuse to spend money. There is no power in the Constitution or on earth to force Congress to spend money when this occurs. One House of Congress alone can stop the federal government’s rush to policy insanity.

The minority on House OGR should not wait until it is in the majority in January 2023 to start its investigations, research, and planning. Using its subpoena power today will allow it to develop some of the information needed for a solid plan of oversight in 2023. If a journey of a thousand miles begins with a single step, it is time for the Republicans to start walking.

William L. Kovacs has served as senior vice-president for the U.S. Chamber of Commerce, chief-counsel to a congressional committee, a partner in law D.C. law firms, and his book Reform the Kakistocracy is the winner of the 2021 Independent Press Award for Political/Social Change. His second book, The Left’s Little Red Book on Forming a New Green Republic, quotes from the Left on how to control society by eliminating capitalism, people, and truth.