Restructuring Must Include Everything the Kakistocrats Manage 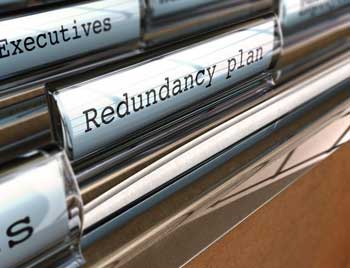 Complex societies collapse. Massively indebted nations collapse.  Countries with their military deployed throughout the world collapse.  Highly regulated states collapse. Governments that are torn by distrust and hatred between various groups of its people collapse. The United States is all of these risks combined and the kakistocrats, contently sitting on the bubble, claim they are addressing these risks.

The kakistocrats delude themselves that it can’t happen here.  It has happened to every major empire in the history of the world. Sometimes the collapse happens by war. Other times, by nature. Sometimes it happens by political decisions made to harm an opponent. As long as these many risks continue to linger our country is exposed to significant harm that could last decades or centuries.

We need only to look at the history books to appreciate this lesson. The world power centers of the 16th century include the Aztec, Inca, Ottoman, Persian, Mogul, and Ming empires. In the 1750s the European Colonial empires included the Portuguese, French, Spanish, British, Danish and Russian empires. In the 19th century, the great empires were French, Spanish, Austrian, and Russian. All these countries were diminished by war, excessive centralization, debt, or a failure to adapt technology to changing times.

Like all empires before us, our society will live with the risk perhaps for decades but then some sudden event will force dramatic change, and the kakistocracy will be helpless to address it.  At that point, the entire society goes into the abyss.  Once in the abyss, it can take centuries to reemerge from the darkness as chaos rules.

To quote the introduction of my book, “There are times in the history of nations when the citizens of the nation need to act before those entrusted with the control and resources of the nation cause it harm.”  Now is the time for action!  We must immediately demand that the kakistocrats act as fiduciaries, not politicians, and address the structural risks to our nation.

What would be sufficient structural reform of our government?  Everything must be analyzed as if they were putting a puzzle together: taxes, spending, the sale of assets, elimination of excessive laws and regulations and the devolution of programs to the states when the states are more capable of implementing them than the federal government.  Entities facing systemic risks do this all the time. It is now time for the kakistocracy to do it for the nation. The federal government has undertaken successful but very limited, restructurings many times, e.g. the reorganization of the Penn Central Railroad into Conrail to preserve commerce in the eastern parts of the nation; reorganizing New York City and Chrysler Corporation to prevent bankruptcy and in 2009 the bailout and restructuring of the nation’s banking industry to prevent financial collapse.

It is now time to restructure a government that has not restrained itself since World War II. Massive amounts of debt and hundreds of thousands of laws and regulations are on the books, regulating everything from national defense and the conduct of war to the treatment of animals. The federal government owns thirty percent of the nation’s land and does not have anywhere near the cash needed even to maintain the structures it built, let alone develop more technologically advanced ones to compete in the world. Paying to sustain this massive structure is a printing press that prints dollars as long as it has ink.  We have a tax system that has been captured by special interests since the first time it was amended by Congress in 1918.

Starting the reorganization begins with a simple question – What do we want our nation to look like in 10, 20, or even 50 years? If we continue on our present path, the view of the future is burdened with debt, centralization of government and conflict within society. If these issues remain unaddressed, we will not be a functioning nation for long. I assume not even the kakistocracy wants to face that bleak outcome, which is what we will get if we do nothing.

The restructuring process must all start with the federal government recognizing it is not capable of managing, and cannot afford, the massive government it has created. It must immediately identify essential programs and fund those programs to the extent of available revenues. If borrowing must occur, then it must only be for the essential programs.

Concurrent with prioritizing spending, Congress must review every program in the federal government and repeal all non-essential federal programs or devolve programs essential to the states to the states.

Every federal program that gives, grants, loans or subsidizes private entities should be quickly eliminated.

Even after completing this right-sizing trauma, the restructuring will only be just beginning. The kakistocracy will still need to address social security, reducing health care costs by twenty – five percent, and developing a tax system that eliminates complexity, unfairness and tax-avoidance schemes while collecting sufficient revenues to run the government. For suggestions on how to accomplish these changes see Part IV of my book.