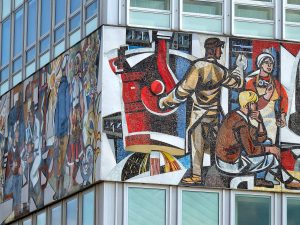 For decades there have been concerns about the federal government’s growing power, size, and cost. Nothing, however, has been done to address it. It just expands. Why? Is it an uncontrollable deep state, an unmanageable bureaucracy, or just too complex? While a solution is always available, the federal government benefits significantly from the Administrative State. It opposes change.

Congress has been unable to substantively amend the APA in the 76 years since its enactment, notwithstanding that the federal courts have expanded agency power by granting deference to agency interpretations of the law. Judicial deference is a critical component of the Executive’s regulatory power. Applying it diminishes the lawmaking power of Congress by tipping the scales in favor of Executive branch interpretations.

Today, the administrative state is a massive collection of unelected federal officials, except the president, that has issued 212,271 rules since 1976. Its regulatory tenacles control almost every aspect of society, from the food we eat to the health information given to us. Regulatory costs are estimated at $1.9 trillion in 2021.

Can the administrative state be reformed?

The 115th Congress made a serious attempt to reform the APA, and by implication, the administrative state, through the Regulatory Accountability Act (“RAA”). The RAA sought to reform the rulemaking process to ensure final rules were based on sound facts and law. The House passed the RAA. The Senate voted it out of committee; however, Senate leadership refused to bring it to the floor. This effort was Congress’ first and last serious attempt to reform the administrative state.

Congress has shown either a lack of interest or an inability to control federal agencies. Sensing out-of-control Executive power, courts are starting to reign in the administrative state’s power.

Less than a month ago, the Ohio Supreme Court, in TWISM Enterprises v. Board for Registering Professional Engineers, rejected “[A]all forms of mandatory deference.” The case involved a rule that independent contractors could not be in charge of engineering projects since they were not full-time company employees. The Ohio Engineering Board received judicial deference for its interpretation from the lower courts. The Ohio Supreme Court reversed, finding there was no statutory language precluding independent contractors from serving as full-time managers of an engineering firm. It held the principle of separation of powers precludes any mandatory deference to agency regulations that interpret a statute. Under the principle of separation of powers, only courts can interpret the law, not agencies. Deference to agencies produces “systematically biased judgments” that permit the executive branch “to say what the law means,” a clear intrusion into judicial authority.

Last June, the U.S. Supreme Court, in WVA v. EPA, reviewed an EPA rule that relied upon section 111 of the Clean Air Act to regulate the types and amounts of energy that could be carried on the electricity grid. Before EPA’s “new found authority,” it applied section 111 only to specific energy sources at specific locations.

Like the Ohio court, the Supreme Court examined the power Congress granted the agency. It concluded Congress did not grant the agency the authority to set emission caps based on shifting the percentage generation of fuels that could be used. It described EPA’s attempt to assume “unheralded” regulatory power as a “transformative expansion in [its]regulatory authority” over the American economy.

Recognizing that agencies use “vague language of a long-extant, but rarely used statute[s]” to create new law,” it announced the “Major Questions Doctrine, requiring agencies to point to “clear congressional authorization” when issuing expansive rules.

The uncontrolled growth of the administrative state results from the Executive constantly seeking more power, courts that, until recently, fostered the expansion of executive power, and a Congress that is irrelevant by failing to provide aggressive oversight of agency actions and spending. If the courts continue to restrain the expansion of agency power, reform of the administrative state can be accomplished without new legislation.

All that is needed is for each branch of government to uphold the constitutional principle of separation of powers by constantly checking the powers of competing branches. Unfortunately, new legislation is the proverbial fix when government fails to follow its constitutional responsibilities.

William L. Kovacs, author of Reform the Kakistocracy, winner of the 2021 Independent Press Award for Political/Social Change, and former senior vice president for regulatory affairs at the U.S. Chamber of Commerce.

This article was first published in TheHill.com