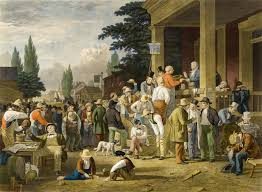 The 2020 Presidential election may test the competence of Congress to manage the Republic. The House has elected two presidents when no candidate received the required number of electoral votes; 270 today. What happens, however, if on January 20, 2021, a president has not been chosen due to states being unable to certify a sufficient number of electors?

President Trump openly admits blocking funds for the Postal Service to hinder voting by mail; declaring a “rigged election.” Democrats spin “post-office conspiracies” to secure trillions more dollars for supporters. Meanwhile, the Postal Service warns states mail-in deadlines are too short to ensure ballots are received in time for counting. These actions are a recipe for intentionally inflicted electoral chaos.

The challenge is whether our “leaders” can work for the nation? A Congress that cannot pass regular appropriation bills, may have to immediately implement several constitutional provisions, the Presidential Succession Act, and maybe House Rules for developing a quorum in a “catastrophe” so it can do business.

Meeting the deadlines depends entirely on states timely certifying presidential electors and members of Congress.  California counts ballots for 17 days after the election. In recent primaries, it took California 30 additional days after its deadline to count ballots. Complex litigation in several states will follow final ballot counts. On this timeframe, California, with 55 electoral votes, likely misses deadlines for resolving election disputes and electors casting ballots. It is also home to Speaker Pelosi, whose term ends on January 3, 2021.

California, and nine identified toss-up states having 135 electoral votes, could prevent up to 195 electoral votes (36% of all votes) from being certified for a substantial period of time. The only certain result is, at noon, January 20, 2021, President Trump’s term will end as mandated by the Twentieth Amendment.

The Twentieth Amendment and its implementing legislation, the Presidential Succession Act and House rules, start coming into play around January 3, 2021, when the House must have a quorum, 218 members, to do business, i.e. election of the Speaker and the counting of electoral ballots on January 6, 2021.

The House is likely to have a quorum, since most states will be able to certify electors and members of Congress by January 3, 2021. The current House leadership, however, (Pelosi and McCarthy) could be tied up in California’s delayed vote counting.  If they have not been certified winners, they cannot be sworn in to the new Congress.

If the House cannot secure a quorum, its precedents allow the past Clerk of the House to organize the House by securing a quorum under the “Catastrophic Circumstances” provision in House rules.  This is a multi-step process to find, identify, compel, and report the status of members. When the process is complete, the quorum requirements are lowered to reflect the House’s smaller membership. If the House can complete this process before January 20, 2021, and elect a Speaker, the Speaker is first in line to be acting president.  The House can elect anyone Speaker since the Constitution does not require the Speaker to be a member of Congress.

If a president has not been chosen by inauguration day, The Presidential Succession Act provides  “… the Speaker … shall, upon … resignation as Speaker, and as Representative in Congress, act as President.”  If “…there is no Speaker … the President pro tempore of the Senate shall, upon his resignation as President pro tempore and as Senator, act as President.” It appears unresolved how long the Senate must give the House to secure a quorum and elect a Speaker. Another opening for a constitutional mess.

Details will matter. Congress needs to prepare, now. Hopefully, Congress recognizes elections are for citizens to choose their leaders, not for politicians to gain advantage from chaos.

This article was first published by The Hill on August 18, 2020