One-Minute Videos on My Books 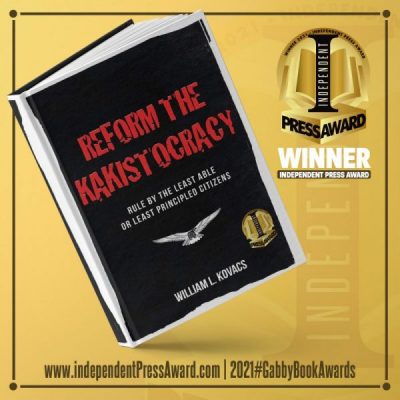 Kyzylorda To my readers:

In the last month, I was fortunate to have the Independent Press Awards produce a one-minute video on Reform the Kakistocracy: Rule by the Least Able or Least Principled Citizens, which was awarded its 2021 book winner in the category of Social/Political Change. It quickly captures the essence of the book in a format that can be easily distributed to others who may have an interest in reforming a massive, out-of-control federal government.

A second one-minute video was produced by my publisher, Liberty Hill, on The Left’s Little Red Book on Forming a New Green Republic. It is amazing how much can be said in one minute through an editor’s language and production skills. Again, the video can be easily distributed to those with an interest in reading how the Left hates capitalism, humans, and truth.

I hope everyone takes the two minutes to watch these excellently produced videos.