How the Coronavirus Will Permanently Change Government 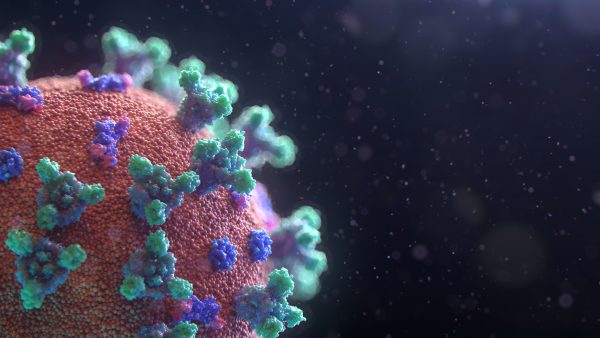 Since the coronavirus hit crisis levels, many writers have predicted how it will permanently change how we live and work. A few of the opinions include: the age of the office is probably over. Schools will ramp up remote-learning. Doctors will be our new patriots. We will vacation in virtual reality. Telemedicine will be widely used. We will rethink what is wealth and more.

None of the articles however, addressed how the crisis will permanently change government.

http://littlemagonline.com/tag/synthpop/ What is very clear – the era of massive government power and spending is just beginning.

First, let’s be real. Those in most need, must, be given federal financial assistance. They will get some, but if the crisis continues for months, what happens is anyone’s bet?

If the last few decades are illustrative, there will be large infusions of federal cash, e.g. Savings & loan crisis (mid 1980s), 9/11(2001), Katrina (2005), auto and bank bailouts (2008-09).  Massive amounts of federal money will flow to the “Giants of Capitalism” who suddenly become “Champions of Socialism” when opportunity arises.

The one constant in every crisis, big business is first in line for the money. The coronavirus crisis is not different. Manufacturing is asking for $1.4 trillion in loans. Restaurants are asking for $325 billion; airlines for $150 billion; hospitals $100 billion and even museums want $4 billion. Boeing, is asking for a $60 billion bailout, on top of it receiving 40% of all federal Ex-Im bank subsidies.

Keep in mind, two years ago these same industries received massive tax relief and operated in an extremely low interest rate environment. In the third quarter of 2019 corporations made $2.8 trillion in profits. During that 2018-2019 time period corporate quarterly profits averaged $1.89 trillion; totaling about $16 trillion for the two years. Unfortunately, this tax relief and easy credit, and stock buybacks all “… allowed companies across the board to borrow big, building a record $10 trillion mountain of debt.” A Bank of American study found the stock buy-backs by S&P companies totaled $2.7 trillion, while their debt rose $2.5 trillion.

To address coronavirus, Congress put together the “Coronavirus Aid, Relief, and Economic Security Act,” (“CARES”), a $2 trillion package of direct checks to households, extended unemployment compensation and grants to state and local governments.

Business also did very well; a $425 billion loan fund to be allocated by Treasury, $75 billion for specific industries, $100 billion for hospitals, and a to be determined small business emergency loan fund, with forgivable loans, for pledges of not laying off workers. Additionally, to ensure corporate liquidity, the Federal Reserve announced it will expand, without limit, its purchase of corporate bonds, Treasury and mortgage securities.

From the numbers, the immediate winner is Big Business. The government will give it the money needed to replenish its coffers from its wild borrowing, buyback and bonus spree. The long-term winner however, at least until the next crisis, will be government. It will control more of business operations, personal lives and national resources.

Big business always needs more money for management and to increase stock prices for larger bonuses. The government always wants more power. That is the deal; they both get what they want.

Under the Emergencies Act, once the President declares an “national emergency” he activates 136 congressionally sanctioned provisions allowing him to control the activities of the American people, including internet communications, gatherings, domestic unrest, spying.

Under the Defense Production Act, the President, for national defense purposes, can force business into mandated production and supply activities; allocate materials and services; control the civilian economy, implement wage and price controls, and control credit.

Under the War Powers Act Congress grants the President, in the absence of a Declaration of War, power to use force where imminent involvement of hostilities is indicated by circumstances.

While these laws place time limits and reporting requirements on the President, such requirements are generally ignored. Moreover, these powers are frequently used. The Emergency Act has been invoked for 60 national emergencies. The Defense Production Act was invoked in the Korean war; the Cold war; to impose disclosure requirements on telecommunication companies purchasing foreign equipment; mandates issued to produce certain technologies; and President Trump invoked it for the coronavirus crisis but has not implemented it.

As to War Powers, the nation has been in a continuous, undeclared war for 18 years.

These massive powers allow the president to control society by merely claiming an emergency exists or our troops are at risk. It is unlikely a President would voluntarily relinquish such powers. Unfortunately, Congress cannot reclaim them without having a super-majority of votes to override a presidential veto.  Courts may impose limits but lawsuits take time and courts have no means of enforcement.

The only question remaining is what is the excuse used by a President to take long-term, control of the nation? We may have our answer; “But Democrats want the administration to take over much more of the private economy…the federal government should ‘nationalize the medical supply chain’..”

Our New Massive Government Will Cost More than We Can Afford

Presently the national debt is $23.5 trillion; approximately $72,000 per person. This debt burden increases $3,000 per person for every trillion dollars of new debt. Before the coronavirus crisis, the Congressional Budget Office, estimated a $13 trillion increase in the debt in ten years. Now Congress is adding several trillions more to the national debt. By 2030 each person’s share of the debt will at least be $117,000.

While interest on the debt is low, debt service still costs $593 billion for 2019. If interest rates increase 1%, interest payments would be $875 billion by 2021, almost 30% of all tax collections.

We can’t afford the government we have; how can we pay for more?

Once Corporate Bailouts Are Made, Universal Health Care Will Follow

While not part of CARES, the Democrats will not allow trillions of dollars to go to large corporations, without getting their share of our money for universal health care. The coronavirus establishes our health care system is dysfunctional. Its $3.5 trillion annual cost is twice as expensive as other industrialized countries. Democrats view the cost health care system as one built on greed, inefficiency and waste. We pay $10,739 per person, annually. For universal care, Canada pays $4,351per person, Germany, $4.819, Japan, $3,713 and we still have 84 million people uninsured or under-insured.

Unfortunately, Democrats do not discuss how they will bring down costs; increase the quality of health care, establish transparency in pricing or foster competition to create a more cost-efficient, more well- run system. They merely want government control over 18% of the economy.

What Can Government Do When the Debt Crisis Arrives?

By the time the debt crisis arrives, the Fed will be purchasing worthless pieces of paper and Congress will be printing significantly devalued dollars. At that point the country will face a crisis from which there is no escape. It will be a real national emergency.

We have two options today. First, as soon as the coronavirus crisis is over, and the economy is back to some normalcy, Congress needs immediately to declare war on the national debt while it still can be managed with people working, low interest rates and assets that have value.

If Congress continues to ignore the massively accumulating national debt, this nation will suffer a debt crisis that can only be addressed through a comprehensive restructuring of the country. The restructuring will be undertaken by a government not trusted by citizens. It will involve restructuring our entire economy, banking and money supply, government, military, laws, programs, the distribution of food and supplies and requiring the sale of many assets.

The restructured “U.S.” will be a very different country. This will be the price citizens will pay for its “leaders” avoiding the debt crisis for decades.

This article was first published on March 25, 2020 in The Libertarian Republic.