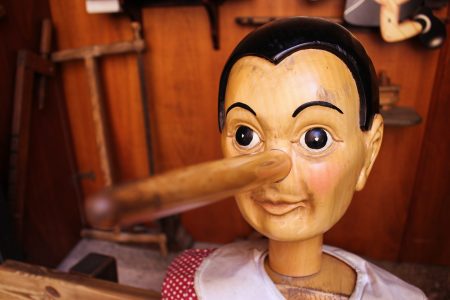 cytotec oral tablet no prescription discount Your life, living standards, country, and planet will take a big hit under the Green New Deal

Joe Biden, Kamala Harris, AOC, the Democrat Party, and US environmentalists are committed to making climate change, the Green New Deal, and replacement of fossil fuels with wind, solar, battery, and biofuel power the centerpiece of their foreign and domestic policies.

They claim the transition would be easy, affordable, ecological, sustainable, and painless. That’s ideology and fantasy, not reality.

Wind and sunshine are certainly clean and renewable. Harnessing them to power America is not.

The GND would hit American families, jobs, living standards, and environmental quality hard. Western states would feel the brunt, because their fossil fuel rents, royalties, jobs and tax receipts would disappear, as drilling, fracking, and coal mining on federal lands are closed down. Their open spaces, scenic vistas, wildlife habitats and wildlife would be desecrated by wind turbines, solar panels, and transmission lines to serve distant urban voting blocs that dictate energy and land use decisions far beyond city lines.

Coal, oil, natural gas, and petroleum liquids still provide 80% of US energy. In 2018, they generated 2.7 billion megawatt-hours (MWh) of electricity – which would have to be replaced under an all-encompassing Green New Deal costing tens of trillions of dollars.

Another 2.7 billion MWh worth of natural gas-powered factories, emergency power systems, and furnaces, ovens, stoves, and hot water heaters in restaurants, homes and other buildings. Cars, trucks, buses, semi-trailers, tractors and other vehicles consumed the equivalent of yet another 2 billion MWh.

Altogether, that’s 7.4 billion megawatt-hours per year that the GND would have to replace! On top of that, we’d need at least another 150 million MWh of wind and solar generating capacity to charge batteries over and over to maintain just one week of nationwide backup power, to avoid blackouts.

The more we try to do so, the more we’d have to put turbines and panels in low-quality wind and solar sites, where they’d generate electricity only 15-20% of the year, 80-85% below “nameplate capacity.”

Of course, we could replace all this fossil fuel energy with nuclear power. But radical greens inside and outside the soon-to-be Biden Administration detest and oppose nuclear as much as they do fossil fuels.

If the United States and world could summon the will to mine, process and smelt enough metals and minerals – and manufacture, transport and install all those turbines, panels, batteries and transmission lines – the GND would require the greatest expansion of mining and manufacturing in human history.

But radical greens inside and outside of the Biden Administration detest and oppose US mining and manufacturing almost as much as they despise fossil fuels. That means we would have to go overseas for these essential metals and minerals – primarily to China and Russia, which have them within their boundaries or under their control in various African, Asian and Latin American nations.

They also have no reservation or hesitation about digging them up and processing them – without regard for child, slave or forced labor, workplace safety, air and water pollution, mined land reclamation or any other standards that we insist on in America. And it’s highly unlikely that Team Biden would demand that those countries implement such standards – or that it would refuse to import the metals, minerals and finished “green” technologies unless China, Russia and their foreign subsidiaries abide by our rules and regulations. The entire GND (and much more) would collapse without those unethical raw materials.

Moreover, nearly all this mining, processing and manufacturing would require gasoline, diesel, natural gas and coal in those foreign countries, because those operations cannot be conducted with wind, solar and battery power. The fossil fuel use and emissions would take place outside the United States, but would not go away. Indeed they would likely double or triple. The carbon dioxide emissions would increase global atmospheric levels and, Team Biden insists, worsen climate chaos and extreme weather.

Replacing oil and gas for petrochemicals, pharmaceuticals and plastics would require importing those feed stocks, as well – or planting millions of acres in canola, soybean and other biofuel crops. The water, fertilizer, pesticide, tractor, harvester, processing and transportation requirements would be astronomical.

All that work, and all those industrial facilities, would impact hundreds of millions of acres of scenic areas, food crop lands and wildlife habitats. Raptors, other birds, bats, and forest, grassland and desert dwellers would suffer substantial losses or be driven into extinction.

Most of those impacts would also occur in Midwestern and Western America, far from the voting centers and suspicious voting patterns that put Team Biden in office. But as they say, out of sight, out of mind – in someone else’s backyards.

Families, factories, hospitals, schools and businesses accustomed to paying 7-11¢ per kilowatt-hour for electricity would pay 14-22¢ per kWh, as they already do in “green” US states – or even the 35¢ that families now pay in Germany. Once they use more than some arbitrary “maximum baseline” amount of electricity per month, they will pay closer to 45¢ per kWh, as families already do in California.

How companies will survive, how many jobs will disappear, how many families will join the ranks of those who must choose between heating and eating – is anyone’s guess.

GND technologies are nearly 100% dependent on metals and minerals from China, Russia, Ukraine, and Chinese companies in Africa and Latin America. Emails from Hunter Biden’s laptop underscore concerns that America’s foreign, defense and domestic policies would be held hostage, while certain well-connected politicians, families and wind, solar, battery and biofuel companies get rich.

All these issues require open, robust debate – which too many schools and universities, news and social media outlets, corporate and political leaders, and Antifa thugs and arsonists continue to censor and cancel. That censorship and silencing must end before any votes or other actions are taken on any Green New Deal. Unfortunately, the opposite is happening.

Big Media and Big Tech are conspiring with Democrats, Greens and other authoritarian elements to shut down any and all discussion by anyone who does not support their agendas. Others are moving to persecute and prosecute President Trump and anyone associated with his administration and policies.

As anger and frustration build among the increasingly disenfranchised, America and the world could be heading into a frightening future indeed.

Paul Driessen is senior policy advisor for the Committee For A Constructive Tomorrow (www.CFACT.org) and author of books, reports and articles on energy, environmental, climate and human rights issues.