Yes, Virginia, The Federal Government is the Real Santa Claus 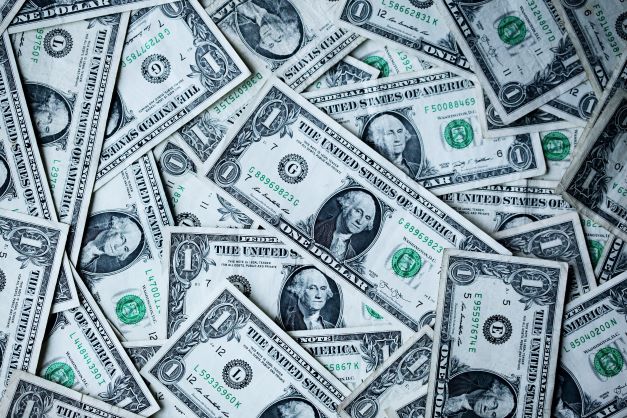 The Christmas season is a time of giving. Young children sit on Santa’s knee and provide him with a list of presents for under the tree. While it’s rewarding to see children happy with gifts, there is a dark downside to their expectations. Children grow up to be businessmen and women or social activists, and at Christmas time, they still expect presents. Now, however, they want, and usually receive, presents worth billions of dollars from the real Santa Claus, the federal government.

2022 is no exception. Since 1991, Congress has failed to pass its twelve appropriations bills. To avoid public failure, Congress takes the easy route. It bundles all spending into the proverbial secret Santa grab bag called an Omnibus appropriation bill. The corporatists and social advocates, like children opening presents, must wait to find out what they got until they can read the new law. The timing is usually the end of the year before Congress goes home for Christmas.

While Republicans claim they want to stop the next giveaway, they want their share of gifts even more. For this year’s share, several Republicans will likely help the Democrat business community keep their prize gifts, favorable tax treatment for research and development, and carried interest. The social activists want billions of dollars of higher childcare tax credits. The final deal is always more spending, never less.

Since the beginning of the republic, there has been a debate over the scope of Congress’s power to spend our money and then tax us to generate more money for Congress to spend. James Madison argued Congress could only spend on the items enumerated in the Constitution. Alexander Hamilton argued the Constitution’s Spending clause is independent of the enumerated powers, thus allowing Congress to tax and spend as it deems necessary. The only limitation – spending must be for the general welfare, and Congress is the only institution that determines the general welfare.

Continuing to debate the limits of Congressional spending is a waste of time. The Supreme Court has made it clear that Congress can spend on whatever it wants as long as it promotes the general welfare.

Such a broad interpretation of Congress’ ability to tax and spend has resulted in a massive expansion of government and a $31 plus trillion national debt.  The growth of the national debt will likely force posterity into involuntary servitude to the federal government. Most troubling is that the general welfare has morphed from building canals, bridges, and highways to make the U.S. an economic superpower into trillions of dollars of gifts to special interests and friends. These gifts to private entities come in the form of grants, tax credits, low rates, loan forgiveness, and paycheck protection plans.

Below are a few of the thousands of congressional gifts to private parties.

$ 721 billion was given in grants to states as a bribe to manage federal programs enacted outside the constitutional authority of Congress to legislate.

Forgiving tens of billions of dollars of federal Paycheck Protection Program loans made to organizations controlled by the elite rich such as Paul Pelosi (husband of the Speaker of the House); Khloe Kardashian, Tom Brady and Reese Witherspoon, Forbes Media, Ruth Chris Steakhouse, The Washington Times, and more than a few members of Congress.

$16 billion was given in farm aid to offset losses suffered by farmers on tariffs imposed on products sold to China. The top 10% of farmers receive 70% of the subsidies. This top 10% includes insurance companies, multinational corporations, and corporate farms.

Flood insurance subsidies are given to insure high-end housing in flood-prone areas, i.e., beachfront properties. This insurance program is potentially liable for $1.3 trillion in flood claims while only collecting $3.5 billion in annual premiums. The program already has $25 billion in losses taxpayers will have to pay.

The $330 billion prescription drug industry received $64 billion in federal research funding, along with immunity for any harm their drugs may cause.

With a $31 trillion-plus national debt, citizens need to appreciate that every taxpayer owes $247,882 as their portion of the debt.

This article was first published in The Thinking Conservative.