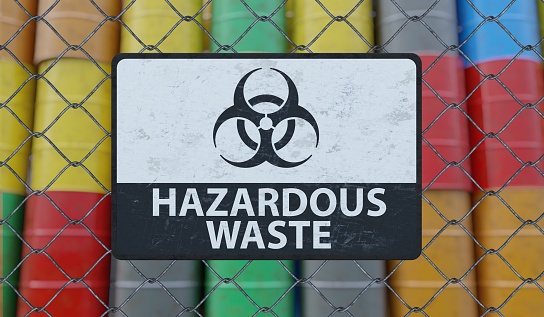 The federal government is a perpetual gravy train for the well-off. It uses taxpayer money to forgive the Paycheck Protection loans of the connected and the student debt of college and graduate students. It gives $52 billion in subsidies to the $528 billion semiconductor industry. Recently, it extended its $7,500 tax credits for upper-income individuals who purchase electric vehicles (EVs”).

These gifts to private entities cost the American taxpayer trillions without considering the societal impact. Proving that subsidies go to those needing handouts the least is easily established. The King of Subsidies seems to be Elon Musk, the world’s richest man. Musk proudly denounces subsidies to the rich and that he personally does not take government subsidies. His denials follow the Bill Clinton response “It depends on what the meaning of ‘is’ is.”

The investigative online magazine, Business Insider, reveals his companies (Tesla, Solar City, SpaceX) received a total of $2,32 billion in subsidies and pandemic payments and $517 million in environmental tax credits. Subsidy Tracker calculates his companies received $3.3 billion in government subsidies and loan forgiveness despite the fact that his ventures appear to have significant problems, including exploding rockets, solar panel fires and crashing self-driving cars.

As enacted, the Inflation Reduction Act (“IRA”) subsidies are limited to EVs made in North America. Foreign countries like South Korea want a scoop of U.S. gravy. Seoul does not qualify under the law for the handouts; however, it brazenly asks the Biden administration to postpone or amend its rules until Hyundai, with the number 2 spot in the EV market, completes its EV factory in Georgia in 2025. Of course, the U.S. is considering the request; it’s our money it gives away.

The progressive elites in Washington sold the IRA as a mechanism to foster middle-class EV ownership. But, like many promises, this is another federal bait and switch operation.

Gas-powered cars only increased 14% year-over-year. Just as the federal student loan program increased the cost of college tuition by twice the inflation rate, the feds are now pushing the price of EVs up by twice the amount of the tax credit.

Unfortunately, the subsidies will not help the intended beneficiaries. The Fuels Institute notes, “The average EV owner continues to be male, aged 40-55 years old, with an annual household income of more than $100,000.” Moreover, the EV tax credit is limited to individuals making under $150,000 and households making under $300,000. The beneficiaries of these tax credits are limited. Only 8.3% of the population (14 million individuals out of a 162 million civilian labor force) make $100,000 to $150,000. Only 30% of American households earn between $100,000 – $300,000. The average American will subsidize the EV purchases of the well-off. These subsidies breed inequality.

A more troubling aspect of EV subsidies is the American taxpayer may be funding a growing number of future Superfund (contaminated) sites around the nation. Since lithium-ion battery packs contain hazardous materials, the materials, at the end of their useful life, must be managed as hazardous wastes. Such management is costly and strictly regulated under federal law.

The U.S. Energy Information Agency (“EIA”) projects there will be 672 million EVs by 2250 and 2.21 billion worldwide. Eventually, these vehicles will generate significant amounts of hazardous waste. According to Autoweek, the battery pack on the new GMC Hummer EV weighs in at 2923 pounds, more than a Honda Civic.

As the U.S. rushes headlong into EV production, it should reflect on the fairness of giving large amounts of taxpayer money to well-off individuals. In our age of social justice, the federal government needs to study how its subsidies to the wealthy create greater income inequality. It must seriously consider the ethics of leaving all the mining pollution in developing countries to contaminate local land and water.

Finally, before another Superfund crisis occurs, our federal government must inform the American people how it will manage and pay for all the hazardous waste generated by EVs.

The U.S. should resolve these issues before subsidizing a massive, worldwide hazardous waste catastrophe.

This article was first published in Real Clear Energy