Democrats Promise to Spend and Spend, But Republicans Spend More! 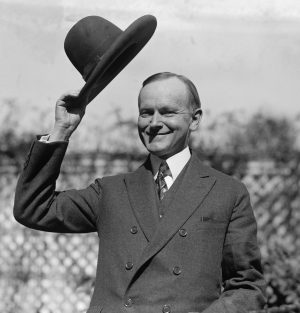 In every presidential election the Republican candidate runs as a conservative promising to reduce the debt and deficit. Democrats run with bold ideas to spend unlimited trillions to provide Medicare for all, eliminate student debt, raise teachers’ salaries, increase the minimum wage and in the 2020 election, to spend trillions upon trillions to eliminate fossil fuels and rebuild our entire economy into a “green utopia.” Republicans attack Democrats as crazy, uncontrolled spenders. Unfortunately, the statistics tell a different story.  Republicans like spending, even a little more than Democrats.

In the 2016 election candidate Trump ran as a conservative promising to wipe out the National Debt in eight years. The debt was $20 trillion when President Obama left office.

By February 2019 the National Debt hit a record of $22 trillion, a $2.065 trillion increase in two years. By May 2019 it became clear the tax cuts would not generate enough income to offset the lost revenue and under budget estimates, debt would rise to $29 trillion in eight years.

Then the kicker! In July 2019 Congress and the President arrived at a budget deal that suspends the debt limit thereby allowing the government to spend whatever it wants for two years. The estimated cost of the deal is $2.7 trillion for two years but it could be much more.

While one wild spending Republican president does not undercut decades of promises from conservatives to cut spending and reduce the deficit, some simple calculations undercut the myth that conservatives care about debt and deficit more than Democrats. In a well-researched May 12, 2019 article in The Balance, Kimberly Amadeo sets out increases to the National Debt by each President since Woodrow Wilson.

To non-academics like me her article provides all that is necessary to answer one simple question – Which of the two major political parties spends more of our money and puts us deeper in debt?

To answer this question, I start with Herbert Hoover since he followed Calvin Coolidge, the last president who added $0 to the National Debt. In fact, according to her statistics, Coolidge decreased the existing National Debt by 26%, a $5 billion decrease. Amadeo’s numbers are set out in fiscal years (“FY”) since FY’s reflect the amount each President signs into law. This approach avoids the fact that a new president assumes the prior president’s budget for the first year in office. The amounts are actual dollars, without any adjustment.  I simply added up the amounts spent by each Presidential administration per fiscal year and put them into two columns, Republican and Democrat, to determine which political party added the most to the National Debt?

*The FY deficit numbers for each President are based on the FY deficits stated by The Balance,        update August 26, 2019.

** Estimate of deficit based only on one term as President.

At the end of the Obama administration the two parties were almost statistically tied in the amount of debt they imposed on the nation. The seven Republican administrations imposed $9.637 trillion in debt. The seven Democratic administrations imposed $10.519 trillion. While both parties controlled the White House seven times during this period, the Democrats’ occupied the White House forty-eight years while the Republicans occupied it only forty years.  On a FY basis, Republicans, on average, increased debt by $241 billion a year whereas Democrats, on average, increased the debt by $219 billion a year.

So much for the myth that the Republicans care about debt and deficits? The moral of this story that Democrats tell the truth when they promise to spend our money and lots of it. Republicans merely tell us what we want to hear and when in office, they spend more of our money than Democrats.