Constitution Guarantees Defense of Invaded States, So Do It! 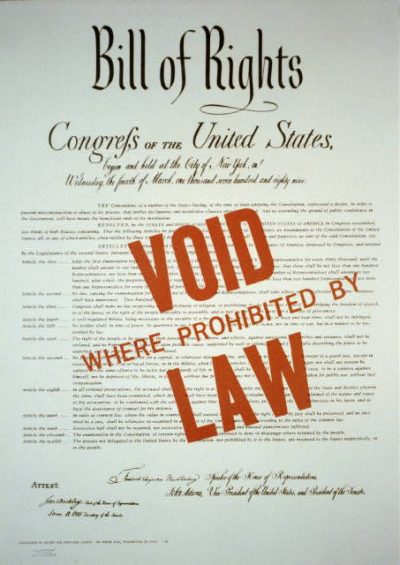 Biden’s refusal to enforce our national immigration laws or control illegal immigration across an open Southern border immediately harms the health, welfare, economic and civic fabric of Texas and Arizona. As millions of more illegals cross the open border and settle in all parts of the U.S., they will need costly social services in a nation massively in debt. Drug cartels, sex traffickers, and organized crime are disrupting cities and the drugs are killing hundreds of thousands of Americans. Biden’s failure to defend Texas and Arizona today is a breach of our Constitution’s Article IV Guarantee Clause. Over time, Biden’s failure to defend the border states will break the bonds of the union.

Article IV of the U.S. Constitution, its “Guarantee Clause,” mandates the United States, as an entity, to guarantee every state a Republican form of government and to protect each of them against invasion. Unfortunately, Article IV is likely the least analyzed and litigated provision in the Constitution. First, the Supreme Court in Luther v. Borden, (1849), held the guarantee of a Republican form of government is a non-judiciable, political question to be decided by Congress. This decision has allowed Congress to ignore the issue for 173 years.  Second, until now, there has never been a need for the federal government to defend a state from invasion.

Since every state in the union elects its officials, all qualify as “Republican forms of government.” There is no need to address this issue., The question arises, however, what constitutes an invasion that triggers the federal government’s duty to protect states?  Is Biden’s open southern border policy allowing millions of immigrants to illegally enter this county, sufficient to constitute an invasion? More than a few members of Congress call it an invasion.

Unlike other provisions in the Constitution that assign responsibilities to specific branches of government, Article IV mandates the entire federal government, all three branches, act to protect states that are invaded. Scholars assert the Guarantee Clause, “… exist[s] solely for the benefit of the guaranteed sovereign [states]. If the millions of illegal immigrants flowing into the U.S. is an invasion, the Constitution obligates Congress, the courts, and the Executive to act. While the president should be the lead since the Executive controls the military, Biden has not only abdicated his responsibility; he has encouraged the illegal invasion. As such, Congress and the courts, are obligated to act. Congress could immediately declare the invasion a war and send the military to close the border. Congress could also implement laws that require employers to only hire citizens and authorized holders of work permits, to cut off part of what is attracting the illegals. Additionally, Congress could withhold appropriations sought by the president until he enforces the law, or the House could impeach and the Senate convict the president, thereby removing him from office.

The courts could expedite lawsuits on the issue and hold non-compliant administration officials in contempt. “Jail time for politicians” would catch the attention of these oath breakers.

The difficulty, however, in determining whether there is an invasion on the southern border, is neither the Constitution nor federal statutes define “invasion.” There is scant discussion of the issue in the Federalist Papers or the records of the Constitutional Conventions, other than the founders’ expressions of support for the provision. Moreover, since the issue has never been litigated, there is no judicial guidance. Therefore, determining what is an “invasion” involves understanding and resolving any differences between the meaning of the term in the late 18th century and today

Ilaro What is an invasion?

Around the time of the Constitution, 1787, “…the English language lacked a widely-used set of standard definitions on English words.” The 1785 version of Samuel Johnson’s History of the English Language, defined the word “invasion” as the hostile entrance upon the rights or possessions of another; or hostile encroachment; or armed invasion.

Today’s Cambridge Dictionary defines “invasion” as an army using force to enter and take control of another country, or an occasion when a large number of people come to a place in an annoying and unwanted way; or an action that affects someone’s life in an unpleasant and unwanted way.

Since no one knows what the founders intended, both definitions are broad enough to find the uncontrolled illegal immigration of millions of people into this country to be an invasion. The support for this assertion is that if the U.S. is a nation, it must possess sovereignty, the ability to operate with international independence, and the right and power to regulate its internal affairs without foreign interference. Uncontrolled, massive influxes of foreigners, drug smugglers, and sex traffickers is a country lacking sovereignty.

The earliest of the commentaries to address Article IV is “Blackstone’s Commentaries: with Notes of Reference (1803) by St. George Tucker.  He was a Virginia jurist, professor of law at the College of William & Mary and his Commentaries were the first annotations of the Constitution. In Volume I, Miscellaneous Provisions, his notes on the Guarantee clause:

The possibility of undue partiality in the federal government in affording its protection to one part of the union in preference to another, which may be invaded at the same time, seems to be provided against, by that part of this clause which guarantees such protection to each of them. So that every state which may be invaded must be protected by the united force of the confederacy.

While the millions of illegal immigrants may cross at the southern border, they distribute themselves nationwide. Since Biden ceased construction of the border wall and refuses to enforce the Immigration laws,  his policies place Texas and Arizona, at greater risk of harm than interior states. This is a perfect example of the federal government showing bias against one part of the union, the Republican-leaning red states, clearly the concern of our founders.

http://dnasab.net/project/video-art-13/ Failure to enforce immigration law a breach of officials Oath of Office?

The president, every member of Congress, and every judge takes the original, 1787, oath to uphold the Constitution and laws of the U.S. and to faithfully discharge the duties of the office. While some officials cynically believe the oath is a hollow formality, the swearing of the oath is both their first act as a government official and required before being allowed to serve.

While our government officials have discretion in how they discharge their duties, they cannot refuse to discharge all of their duties in a particular area of great concern to the nation. While a president can, for example, pardon specific individuals, a president cannot abolish all law that makes certain actions a crime. Biden’s actions on the southern border demonstrate a refusal to discharge his oath to faithfully execute valid immigration laws passed by Congress. While the president violates his constitutional duties, Congress and the judiciary sit and watch the undefended southern border, a failure of the entire federal government to support the Constitution.

It is unacceptable to place the border states at risk of being overrun by millions of illegals that state governments cannot manage or support. An open border tears the fabric of society apart. It makes governing impossible. Our federal government is watching the proverbial pot boil until the content rises up and flows over the edge causing a mess. The edge in this instance is civil society. The mess is an inability to govern millions of illegal people operating in-country. The pot is boiling. If the federal government fails to turn the heat down by protecting the southern border, it risks the pot boiling over into dramatic conflict.