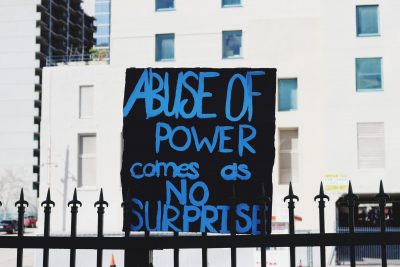 By a 57 to 47 percent margin, the polls consistently show a Republican takeover of at least the House of Representatives in November. With independent voters, Republicans have an 18-point lead. Such a significant lead should give Republican members of Congress confidence to begin reversing the nightmare on Pennsylvania Avenue.  Republicans can’t wait until 2023 to begin checking Executive power. The minority on oversight committees have subpoena-type power now. Republicans need to stop the cable T.V. tough talk and begin the hard work of investigations now.

Republicans complain that their letters to the Department of Homeland Security and requests for document preservation go unanswered. When the Democrats were in a similar position John Dingell, and Henry Waxman invented the modern-day best practices for congressional investigations. John Dingell issued his infamous Dingellgrams. Henry Waxman sent thousands of letters to federal agencies and followed up with brutal questioning, never letting a hearing go to waste.

As chair and as the ranking member of the House Committee on Energy and Commerce, Dingell put agencies and industries in fear. He operated with “prosecutorial zeal,” using every power at his disposal to find out the facts. At hearings, he avoided the five minutes of speechifying. Instead, he unloaded with rapid-fire questions. No one wanted to receive a “Dingellgram,” a fiery letter of concern, or a list of questions requiring days to prepare a response.

Dingell would send out hundreds, sometimes thousands of Dingellgrams a year. In 1991 he sent 175 Dingellgrams to David Kessler, the head of the FDA. Dingell had many achievements: enhancing the safety of blood banks, bottled water, and pacemakers and exposing waste, fraud, and abuse throughout the federal government. One investigation uncovered the well-mocked $640 toilet seat.

Henry Waxman, unlike chairman Dingell, achieved his investigatory prominence while mainly serving in the minority on the House Oversight and Government Reform Committee (“OGR”). Without the formal power of a chairman’s gavel, Waxman built a solid public record to create momentum to support policy changes. He used non-compulsory tactics to access and disseminate information. Waxman would send hundreds of information requests to agencies and received very useful information many times. He used his staff to find and analyze unknown government databases and encouraged whistleblowers to cooperate. Waxman produced over 1000 reports on fraud, waste, and abuse.

While Dingell and Waxman have exited the Hill, they have left a model that Republicans can use before taking control of the House in 2023 and when in control. Specifically, in 2019-2020, when Democrats were in the minority, they persuaded the DC Circuit that agencies must comply with informational requests from the minority on OGR. That subpoena type power derives from 5 U.S.C. section 2954 (“sec.2954”).

Sec. 2954 mandates federal agencies comply with information requests made by seven members of OGR or five members of the Senate Government Affairs Committee, even minority members. While sec. 2954 was on the law books since 1966; the Department of Justice (“DOJ”), for decades, advised agencies not to comply with these requests from congressional committees. DOJ considered the requests merely Freedom of Information Act (“FOIA”) requests by individual members and not official institutional requests. However, in 2019 a minority group of House Democrats on OGR brought a lawsuit under sec. 2954 against the General Accounting Office for the release of Trump Hotel documents. The Trump administration objected by arguing that the requests were FOIA requests. The DC Circuit recognized that under sec. 2954 the minority members of the two committees have subpoena-like power to require agencies to produce requested documents.

While the case centered on the standing of the minority members on OGR to secure the documents under sec. 2954, the court recognized litigants’ standing to sue for informational rights under Article III of the Constitution. The court held that an agency’s refusal to comply with an affirmative statutory obligation to provide the information requested was an injury specific to the minority members requesting the information. The remedy for such an injury would be a court ordering agency compliance with the request.

The DC Circuit’s opinion gives the current Republican minority on OGR and the Senate Government Affairs Committee the standing to enforce agency non-compliance with sec. 2954 information requests. Notwithstanding the DC Circuit’s holding, the Biden agencies will likely continue to refuse to provide requested documents. By asking for the documents now and being denied the documents, the Republicans will develop the factual foundation needed for contempt proceedings, impeachment resolutions, or budget reductions in January 2023.

If a journey of a thousand miles begins with a single step, it is time for the Republicans to start walking.