Joe Biden: Will he be the 21st c. James Buchanan? 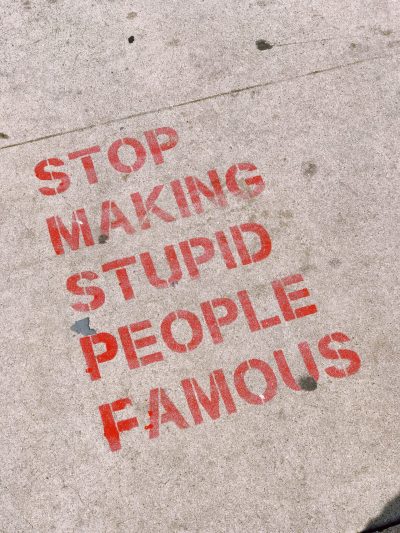 For those unfamiliar with the name James Buchanan, he was the nation’s 15th president. Most historians consider Buchanan the nation’s most inept and worst president. His term of office was 1857 – 1861, the years before the Civil War when our nation was deeply divided over the issue of slavery. Instead of working to bridge the divide, Buchanan, not only allowed regional tensions to fester, he lobbied the U.S. Supreme Court to uphold slavery and advocated for Kansas to join the union as a slave state. Within months after the end of his presidency, the Civil War ignited.

Today, president Biden, like Buchanan, is governing a nation deeply divided over racial equity, wealth inequality, massive debt, open borders, and illegal immigration. Biden has adopted a governing stance similar to Buchanan’s, do nothing to heal the divide and tear off any remaining stitches holding the union together. Taking this path begs the question: Will Joe Biden be the 21st century James Buchanan?

The philosopher, George Santayana wrote, “Those who cannot remember the past are condemned to repeat it.” Comparing the campaigns of Buchanan and Biden, the promises each made, and the intentional avoidance of both presidents to address extraordinary tensions in the nation, we can only hope that president Biden finds the courage to change course before it is too late.

Buchanan and Biden both had long careers in politics before assuming the presidency. Buchanan was a member of the Pennsylvania legislature, a Congressman and Senator from Pennsylvania, Secretary of State, and Ambassador to Great Britain and Russia. Biden was literally in government his entire life as a Senator from Delaware and vice president of the U.S.

Buchanan and Biden found excuses to avoid discussing the divisive issues facing the nation. During the 1856 campaign, Buchanan was serving as Ambassador to Great Britain and could not actively campaign for president. His campaigning was limited to writing letters pledging to uphold the Democrat platform. Biden used the pandemic as an excuse to sit in his basement in Delaware.

An even more odd similarity, neither man strenuously sought the presidency in the year they secured their nominations. Rather both relied on others to make them look acceptable. Simply, by avoiding active campaigns and any discussion of the issues, Buchanan and Biden secured the Democrat nominations in troubled times.

Buchanan’s two primary opponents were harmed by taking strong positions on the slavery issue. President Franklin Pierce held pro-slavery views and Senator Stephen Douglas was the primary sponsor of the Kansas-Nebraska Act, a law allowing for popular sovereignty over the slavery issue in the new territories. Its passage resulted in violent uprisings causing Pierce and Douglas to lose large numbers of convention delegates from the north and west. Additionally, Buchanan promised to only run for one term, allowing his supporters to tell Douglas that support for Buchanan would help him secure the nomination in 1860.

Buchanan was perfectly positioned to take advantage of the chaos. The prominent historian William Cooper described Buchanan as a “[A] smooth, pleasantly dull [northern] conservative,” having “ideological ties to the South.”

Biden had many primary opponents and a rocky path to the 2020 nomination. He finished poorly in Iowa, New Hampshire, and Nevada to Bernie Sanders, an articulate, energetic, socialist. Biden’s candidacy was in “roadkill” and “also-ran” status until Congressman James Clyburn (D-SC) endorsed him in the South Carolina primary. Clyburn’s endorsement gave him huge support from the black community and delivered Biden’s first-ever primary win in thirty years of running. In fact, it was the first time Biden had ever received more than 1¼ % of the vote, his high in 2008.

The deal sealing the Clyburn endorsement, however, was Biden’s willingness to follow Clyburn’s instructions and publicly announce in the South Carolina presidential primary debate that he would nominate a black woman to the U.S. Supreme Court. With that promise, Biden collected on Clyburn’s offer and won South Carolina with 49% of the vote. From that time forward, the Democrat Party lined up behind Biden, whose competitors, except the socialist Sanders, dropped out almost immediately.

Like Buchanan, Biden was out of sight most of the campaign. Buchanan rarely addressed the riots over the Kansas-Nebraska Act. Biden did not address the riots in major U.S. cities. Biden ran a “bunker strategy” from the basement of his home. He made few statements or public appearances. And like Buchanan, he was far from exciting. His personality is described as driven to seek approval, wanting others to view him as a friend, and often praised and flattered others as an image of goodwill. Buchanan and Biden, seemingly nice guys achieved victory based on avoidance of the issues and promises to support specific people in the future.

affluently Now that Biden is President, does he continue to track Buchanan’s disastrous presidency?

While Biden promised to unify the nation, his initial presidential actions are throwing gasoline on the flames of division, just as Buchanan did in his initial months in office. In just two months Biden:

These first two months of the Biden administration point to the use of massive federal powers to punish those deemed objectionable, to pilfer the treasury of the nation to reward friends, to censor differing political opinions, and to impose a massive number of new regulations on the American people. All actions meant to divide rather than unify. All actions without one single vote from an opposition party.  Buchanan acted to divide the nation. He caused horrible harm to the nation. Hopefully, president Biden will return to his stated belief in unity before it is too late?