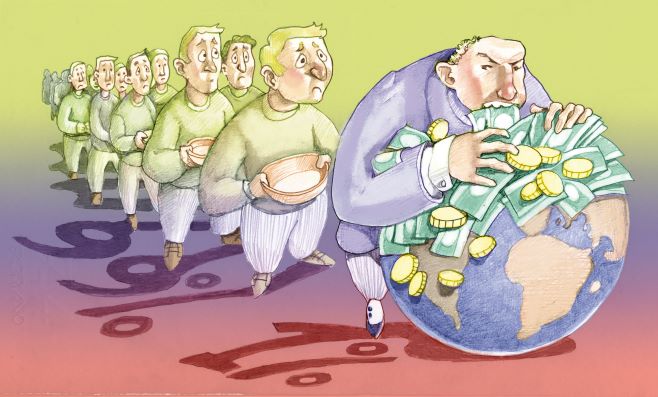 Since the beginning of the republic, there has been a debate over the scope of Congress’s power to spend our money and then tax us to generate more money to spend. James Madison argued Congress could only spend on the items enumerated in the Constitution. Alexander Hamilton argued the Constitution’s Spending clause is independent of the enumerated powers, thus allowing Congress to tax and spend as it deems necessary. The only limitations – spending must be for the general welfare and Congress cannot use taxation as a pretext to indirectly control states.

Continuing to debate the limits of Congressional spending is a waste of time. The Supreme Court has made it clear that Congress can spend on whatever it wants as long as it promotes the general welfare. Only Congress can make that determination.

Such a broad interpretation of Congress’ ability to tax and spend has resulted in a massive expansion of government and a $30 plus trillion national debt that will likely place our posterity in involuntary servitude to the federal government. Most troubling is that the general welfare has morphed from building the canals, bridges, and highways to make the U.S. an economic superpower into trillions of dollars of gifts to special interests and friends. These gifts to private entities come in the form of grants, tax credits, loan forgiveness, and paycheck protection plans.

A few examples of the cost of congressional gift giving.

$600 billion in student loan forgiveness based on the Higher Education Relief Opportunities Act of 2003, which forgave $10,000 – $20,000 of student loan debt for approximately 15 million students.

$ 721 billion in grants to states as a bribe to manage federal programs enacted outside the constitutional authority of Congress to legislate.

Forgiving tens of billions of dollars of federal Paycheck Protection Program loans made to organizations controlled by the elite rich such as Paul Pelosi (husband of the Speaker of the House); Khloe Kardashian, Tom Brady and Reese Witherspoon, Forbes Media, Ruth Chris Steakhouse, The Washington Times, and more than a few members of Congress.

$16 billion in farm aid to offset losses suffered by farmers on tariffs imposed on products sold to  China. The top 10% of farmers receive 70% of the subsidies.

Flood insurance subsidies are given to insure high-end housing in flood-prone areas. This insurance program is potentially liable for $1.3 trillion in flood claims while only collecting $3.5 billion in annual premiums. The program has $25 billion in losses that taxpayers will have to pay.

Most recently, through the falsely named “Inflation Reduction Act,” Congress authorized $370 in new tax credits for corporations and individuals if they acquire green energy products or build green energy facilities. The tax credits are to boost corporate sales of electric vehicles, the installation of rooftop solar panels, the development of solar power systems, heat pumps, water heaters, space heating, electric stoves, circuit breaker boxes, additional home insulation, and exterior windows, to name a few beneficiaries. This is in addition to federal regulations imposing energy efficiency requirements on at least sixty products and $577 billion in tax credits and grants for green energy projects since 2004.

While there is almost no limit to Congress making gifts to its supporters, historical precedents prohibited state governments from giving gifts to private entities. In the mid-1800s, many municipalities and states used public funds to purchase stock in the railroads being built across the continent. Many of these governments lost or were swindled out of large amounts of taxpayer money. To prevent this type of financial loss in the future, forty-five states enacted constitutional limitations preventing gifts to private entities. The limits placed on gifts to private parties came to be called “gift clauses.”

The general gift clause prohibited state and local governments from giving or loaning public funds to private corporations or associations or for private undertakings. The sole purpose of these gift clauses was to prohibit the gifting of public money for nonpublic purposes. Initially, these provisions stopped government speculation with taxpayer money and the gifting of public money to private entities.

Over time, however, the courts began to legislate exceptions to the prohibitions for what they construed as a “public purpose,” a purpose similar to the federal Constitution’s general welfare clause.  Courts simply found legal the gift of public funds to a private entity if the gift would somehow result in a public benefit. The courts further expanded the definition of “public benefit” to include almost anything the legislature believes is a public benefit. Such gifts can be seen in almost every type of government project, from parking lots to sports facilities, corporate rent subsidies, to outright gifts to attract business to a state or locality.

At the federal level, gifts are deemed legal to private parties for almost anything Congress wants to finance, incentivize, or throw money at. Taxpayer money just flows, and the courts find it legal since the appropriations prove that the legislature viewed the gift to private parties to be for a public purpose.

I pledge that, as a member of Congress, I will not vote to give, grant, or loan public funds or to extend the credit of the public to any private corporation, association, or private undertaking.

By asking every candidate for Congress to take this pledge, citizens will easily distinguish between candidates seeking to protect the public’s money and those seeking personal gain.

William L. Kovacs has served as senior vice-president for the U.S. Chamber of Commerce, chief counsel to a congressional committee, and a partner in law D.C. law firms, and his book Reform the Kakistocracy is the winner of the 2021 Independent Press Award for Political/Social Change. His second book, The Left’s Little Red Book on Forming a New Green Republic is a collection of quotes from the Left on how to control society by eliminating capitalism, people, and truth.

can you buy antabuse over the counter in uk