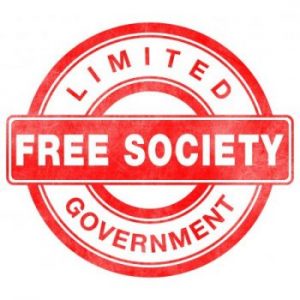 The Texas abortion law is a 21st c. version of what the 18th c. called buy generic Pregabalin Personal Liberty Laws. These were laws enacted by Northern states from the founding of the Republic to the Civil War, to protect fugitive slaves. They were grounded on the principle that states can protect the rights of individuals within their borders from the oppressive laws of the Federal government and other states.

To avoid federal supremacy rendering inconsistent state laws void, States enacted laws grounded in purely local procedure to make it difficult for bounty hunters to capture fugitive slaves. These laws restricted the use of state resources by bounty hunters. For example, bounty hunters could not hold fugitive slaves in local jails, and local jurisdictions imposed high court costs to secure the “legal transfer” of a fugitive slave, to substantially reduce the value of the bounty.

It is not necessary, however, to enter the abortion debate in order to compare the characteristics of the Texas abortion law to the 18th c. Personal Freedom Laws. Both create procedural hurdles to protect the rights of an unprotected class from what is deemed abhorrent federal policy. While the Texas abortion law is unlikely to be decided by the U.S. Supreme Court since the Mississippi abortion case is scheduled for argument, the fact that Texas has enacted such a law suggests states are more willing to resist federal overreach.

The two most prominent features of the Texas law address the viability of the fetus, and the right of private citizens to sue anyone involved in aiding or abetting abortions and receive a bounty of $10,000. The citizen suit provision has been described as deputizing “bounty hunters.” The pro-abortion groups and the political Left believe the enforcement provision denies women of their constitutional right to an abortion under Roe v. Wade.

The sixteen primary federal environmental statutes all have these “bounty hunter” provisions that “allow citizens to sue as ‘private attorneys general to force compliance.”  A 2018 study found since 1993 citizen suits have averaged 350 annually. Since 1970, environmentalists have filed more than 2000 citizen suits, and more than four thousand notices of intent to sue regulated private parties. In some areas like Clean Water, most of the reported cases are citizen suits brought by environmental groups.

Most states also have environmental “citizen suits,” statutes. As expected, there are many different versions.

For decades federal courts have allowed citizen suits to proceed if any member of the environmental community  alleges a “health, aesthetic, and recreational interest.” However, a 2016 U.S. Supreme Court decision, required more “concrete and particularized” injury to proceed with the case. Federal courts may be courts of limited jurisdiction, but many state court judges follow much of their reasoning.

State courts are another matter. Many states do not place limits on who has the standing to sue in their courts. In Texas, it appears some courts are moving toward the federal approach of limiting standing, however, its Supreme Court has concluded that, if authorized by statute, plaintiffs do not have to show particularized injury. For example, the Texas Medicaid Fraud statute allows anyone to sue to prevent fraud. In 2019 a Texas Appellate court reaffirmed the Texas Supreme Court’s holding that “a party does not have to show particular interest or damage to establish standing because the statute at issue authorized “any citizen” to bring an action to enjoin the operation…” of illegal activity.

The political Left is wedged between being the overwhelming beneficiary of “citizen suits” and “private enforcement” of laws, and a U.S. Supreme Court that seeks limits on who can file a citizen suit. The political Left will need to decide what is more important – open access to the courts or denying Texans the right to enforce the Texas abortion law. By continuing the legal challenge to the Texas law, the Left will develop significant legal theories and court precedent, which will be used against it when seeking standing on environmental issues.

As more states provide greater protection of their citizens by enacting Personal Liberty Laws, they will rely on citizen suits and local courts, to enforce those protections. As the federal courts deal with an ever-increasing docket, they will devise more reasons to restrict citizen suits for lack of standing. The Texas abortion law is only the start. States will protect many activities they believe need protection, i.e.,  the Second Amendment, treatment of illegal immigrants, free speech, and the teaching of Critical Race Theory. In the end, it is likely blue states will legislate to protect blue values and red states will legislate to protect red values. This is actually positive since it allows citizens to select where and how they want to live.

The U.S. will continue evolving into a more divided nation of Free States and Socialists States. Free States will try to protect what they view as the constitutional rights of citizens. Socialists States will promote more borrowing, spending, and subsidies for expanded social programs.  At the federal level, the policy positions of presidents seem to be swinging more wildly with the political winds. The Biden administration for example deeply resents states like Florida for its efforts to expand privacy rights and protect free speech on social media. Inflicting punishment on “objectionable” states will become the norm for the federal government. Biden has already started what seems to be a war on many parts of America; states, the unvaccinated, border patrol agents, conservatives, and many others. Every time high-ranking officials attack different parts of society; it makes it harder to bring political balance to our nation.