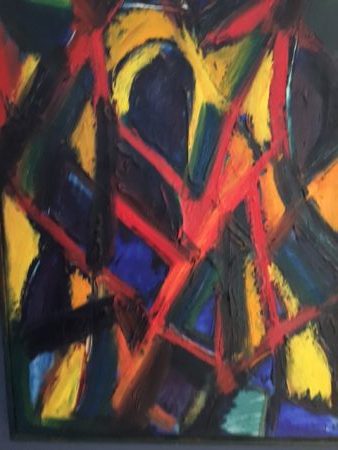 “Insane” is defined as a “state of mind which prevents normal perception, behavior, or social interaction.” This definition perfectly squares with the current collective political mind in the United States. The U.S. is no longer a “We the People” decision-making body with representatives that run the country in a way that makes sense by solving difficult problems for ordinary people. Instead, the political elites pander to the many identities that thirst for victimhood. A result, we have “leaders” who are the least able or least principled people in the nation. We live in a kakistocracy that is run, not by people, but by kakistocrats.

Our political “leaders,” ignore what our children are taught in school because they constantly promote gender identification, use of the “correct pronouns,” and punishment for not using the “correct pronoun” or being insufficiently woke. Teachers’ unions push the teaching of critical race theory while the Democrat running for Governor in Virginia tells parents they “should have no role in directing the education of their children.”  The Daily Mail reports, at a school board meeting in Loudoun County, Virginia, a parent was arrested for speaking out about his daughter being raped in a girl’s bathroom by a male posing as a transgender. Now the U.S. Attorney General is having the FBI investigate parents speaking out at school board meetings as domestic terrorists.

The Progressives, with little concern for future generations, ask us how much money do we want from the government as if ordinary Americans are willing to sell out the future of their children so they can buy a few more trinkets. To deal with the pandemic we are told the vaccines work, then they work for a while, but if we get to 75% vaccinated, we will have “herd immunity,” “and the pandemic goes away. Now we are told we need a vaccination rate of 90% to achieve herd immunity. But if the vaccines don’t last long, does even 100% vaccination mean we can achieve herd immunity? Moreover, our “federal government” refuses to count those who have contracted Covid-19 and now have what might be permanent immunity. Worse our government wants anyone not vaccinated to be fired from their job in the middle of a massive labor shortage. Victimhood has turned our “leaders” into caricatures with political identities.

There were 12,045 incidents of U.S. civil unrest from May 26, 2020, to Sept. 5, 2020. Of the 633 incidents coded as riots, 88 percent are recorded as involving Black Lives Matter activists. Yet there were few arrests. But the January 6, 2021 riot at the Capitol lead to a nationwide dragnet in 40 states and the arrest of over 600 protesters.  What’s the difference between the two groups of rioters? Only wokeness and it absolves one from criminal liability for crimes.

Social media knows how its platforms are addictive and harmful, especially to young and teenage girls. It causes increases in depression and suicide in teenagers. If the federal government believes cigarettes were so harmful, why is not social media? Is it because tobacco companies gave contributions to Republicans and social media gives to Democrats?

These progressive identities are not as important as educating every child in reading, writing, science, and technology. Identity issues and protecting criminal rioters are not as important as a strong economy that can create millions of jobs. Frankly, if progressives really want to make society better, they could devote a day a week to delivering food to the hungry or clean up rat-infested inner-cities.

The entire U.S. political elite is so crazed about its right to be a victim, it collectively forgets when people work together, they can change the world. Jesus, Buddha, MLK, Gandhi, Mother Theresa changed the world with ideas and good deeds. Today’s Progressives enjoy victimhood more than doing good and working for lasting solutions. Unfortunately, it is far easier being a victim, a rioter, protester, or one who cancels people on social media than solving problems.

Ciro Redondo Can government do anything to make American politician’s act less insane? Our leaders could start by having civil discussions rather than haranguing each other on cable news. At one time Congress did work to solve problems. For example, the 94th Congress, 1975-1976, had to address a myriad of environmental, energy, economic and educational problems. It also operated in the traumatic aftermath of the Nixon impeachment and resignation.

In that era, rivers were burning, waste was dumped in backyards, along roadways, and openly burned. The air was so thick with smog from vehicles, one could not see tall buildings a mile away, the nation was still coming out of its worst energy crisis, handicapped children were not being educated. Banks played fast and loose with credit terms, inflation and interest rate increases were the fastest in history, home loan interest rates hit 7.5% on their way to 12%. The Penn Central Railroad had gone bankrupt and if it shut down, all freight transportation in the northeast and mid-west would cease, likely causing a major economic recession.

The U.S. was in a crisis. Congress had to prove it could manage the nation. To do so, it needed to apply common sense and prove it could act rationally. In just one Congress, major laws were passed to address educating handicapped children, energy conservation, reorganizing the Penn Central Railroad into Conrail to preserve commerce in the U.S., enhanced protection of fisheries, increasing government transparency, the cradle to grave regulation of hazardous waste, the banning of open dumps, controlling the use of toxic substances, enacting needed, new copyright laws, enhanced antitrust enforcement, and environmentally sound management standards for federal lands. And, yes, the National debt was a mere $620 billion and the CEO/worker pay ratio and wealth gaps were a mere fraction of what they are today.

http://benemersongolfperformance.com/coaching/movement-assessment/ How can the political elite prove to Americans it is not insane?

There are a few major issues that have significant citizen support. Successfully addressing these issues would help government demonstrate a look of sanity by exhibiting enough normal behavior for Americans to believe their government is working for them. The three issues are:

1. Honor their oaths, enforce the immigration laws to fix the invasion at the southern border. All federal officials take an oath to enforce the laws of the U.S. The political elite merely needs to honor their oaths. Allowing millions of illegals, including drug cartels and sex traffickers, into the nation, is not a benefit to the nation. Most of the illegals may never qualify for citizenship under current law or even obtain work permits. Many of the illegals will need billions in welfare to survive. A simple gesture toward sanity would be to use the already paid for construction materials to build the remaining parts of the southern border wall?

Almost 73% of Americans are concerned about the open southern border and do not the government can properly manage it. Currently, there is a pending backlog of 730,000 legal, citizenship applications. If the U.S. needs more citizens, it should process the backlog of legal applications so we all know who is coming into our country. Our “leaders” are only being asked to run the country as the Constitution mandates and for the benefit of the citizens paying them. Why do our political elites have to be both woke, rogue, and destructive of the Constitution?

2. Pass the bipartisan Infrastructure bill. The U.S. has a huge need for upgrading its ports, highways, airports, waterways. There are 8 – 10 Republican Senators who will vote for it, ensuring Senate passage. Almost two-thirds of Americans support the infrastructure bill. The problem, the Progressive will not do anything for the nation unless they get the $ 5 trillion for their socialist agenda, which only 10% of Americans support. This is an opportunity to demonstrate 1975-76 style leadership to achieve what the American people want. Why is it so hard for Congress and the president to do what the majority of Americans want to be done?

3. Fix Social Security for the next 50 years. The Social Security Trust Fund will run out of money to pay full benefits by 2034. This will result in a 22% reduction in benefits for 65 million Americans if Congress does nothing. Yet, the Progressives ignore fixing, perhaps the most popular program in the country, while seeking $ 5 trillion for a host of new social entitlement programs that will surely bankrupt the nation.

Fixing Social Security is very straightforward. The wage cap could be raised while leaving the tax rate unchanged. This would only impact individuals making over $142,800, a small percentage of workers. A second option is to raise the age for receiving benefits from 66 to 69 since we are all living decades longer. Both options will shore up the Trust Fund for decades and will be very popular with the vast majority of Americans. Polls show over 96% of Americans support Social Security. Why does our government insist on spending trillions of more dollars on new programs we can’t afford when they need to fix existing programs?

The three fixes are strongly supported by the American people, yet our “leaders” in Washington want to fight about or ignore them. It makes no sense to refuse to do what the American people want to be done? Each of the problems, if addressed. would bring significant support to every member of Congress and the president for their efforts to make the system work. When a Congress and president intentionally act against the interests of the people who elected them, they exhibit a state of mind which blocks normal perception, behavior, or social interaction. The political elite is not only the least able or least principled of citizens, they are insane!