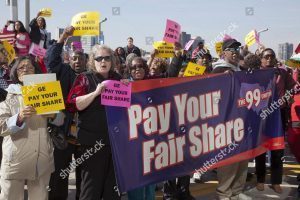 Perhaps a discussion of “personhood” that compares the political rights of humans and corporations belongs more to a John Handey, “Deep Thoughts” segment on Saturday Night Live than as an article on a political blog. But it is a serious question with significant legal implications for whom government protects and how we govern society. John Handey might quip: “One thing an artificial person, we call a corporation, can do that a human person can’t, without serious penalties – rob the taxpayers without going to jail.”

Corporations are not mentioned anywhere in the U.S. Constitution, yet, humans and corporations are both defined as legal persons under the law, having similar rights. But there are two big differences that create a huge disparity of power. Humans have limited lifespans; corporations can have perpetual lives. No matter how hard-hearted a human might be, the human still has a heart, conscience, some ethics, and worry about an after-life. Corporations have none of these weaknesses.

These distinctions bestow great powers on corporations that humans will never have. Corporations can plot and scheme forever if so desired by their directors. Corporations can use collective resources to raise almost infinite amounts of money for economic, social, political, or reputational purposes, including supporting friends for office; lobbying for government bailouts, or gifts from their political friends.

Corporations can speak louder than humans since they have massive amounts of money to promote their speech, political views, or defend unethical decisions, even sweatshops in Asia. Corporations can physically and emotionally harm humans but the worst that can happen to the corporation is a fine or their corporate seal is put in jail.

So, no one believes I am just picking on the business community; the legal definition of “person” includes corporations, associations, chambers of commerce, labor unions, foundations, think-tanks, and non-profits.

Why does “government” force us, humans, to compete with superhuman corporations for influencing how our government operates?

In 1881, California imposed a special tax on railroads. The powerful Southern Pacific Railroad, partially owned by the robber baron Leland Stanford, Jr., argued that, if the law gave slaves equal protection under the Constitution, it also applied to corporations, since they should be considered “persons.”

In a captivating 2018 article in “The Atlantic,” Adam Winkler retells how the lawyer for the Southern Pacific, and former congressman on the committee drafting the Fourteenth Amendment, misrepresented the legislative history of the Amendment to the U.S. Supreme Court. The lawyer asserted the drafters substituted the word “persons” for “citizens” to expand the coverage of the amendment to corporations. A few years later the lawyers’ representations were established as fraudulent but by that time corporations were legally recognized as persons.

Another article on how the Supreme Court recognized corporations as persons, asserts the court never decided the issue. Rather the court reporter on the case placed in the headnote to the decision, (a summary, not legally binding), that the court found the Fourteenth Amendment extended equal protection to corporations.

Whether corporations being recognized as persons comes about by improper legal shenanigans or by a group of government employees, (i.e. justices; sitting on an elevated bench, wearing black robes, feeling important, and acting as a super-legislature); the Constitution does not recognize corporations as persons. The recognition of corporate personhood came about through trickery or courts acting as super-legislatures. Unfortunately, for over a century corporation have been recognized as persons, very powerful persons that can control most of our political activities.

http://stephanepereira.com/work/commercial/inpes-drink-too-much How have corporations taken advantage of their personhood?

There is no need to go back far in time to find examples of the power wielded by corporations. Three recent examples illustrate their massive influence over the government.

Truly, having the ability to live in perpetuity and spend limitless amounts of money to influence politics, allows corporations to play the long-game against us and win.

Final question – what can humans do those artificial persons can’t do?

In this David and Goliath fight, humans truly only have a slingshot, and a few pebbles, against the superhuman corporation which has money, power, surveillance equipment, influence with government, and the power to put us on the street without a job. But there is one thing we can do that corporations can never do.  We can vote. Voting is the one legal, act of revolution, that our founders gave us that no one can take away from us and still form a legitimate government.

The power of a human person to control an artificial corporation is the right to vote!