Unity Not Possible When Government Is in Overdrive (Part I) 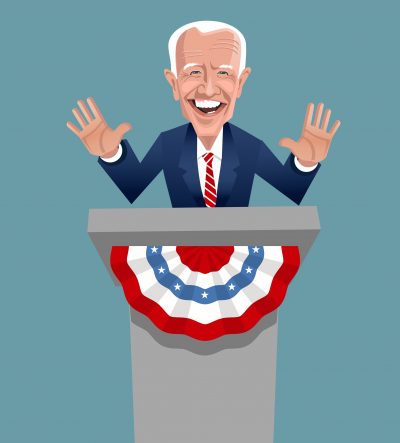 Candidate Biden campaigned to bring unity to the country. But the horrific seizing of the Capitol on January 6, 2021, gave Democrats and the soon to be Biden administration, the justification to ditch the calls for unity. And ditch they have. The Biden administration is pursuing a radical progressive agenda by Executive fiat, stretching the limits of Executive authority more than the Constitution allows.

The immediate issuance of 17 Executive Orders (“EOs”) on the first day was surprising to those expecting some bipartisanship due to Biden’s comment that “you can’t legislate by executive action unless you’re a dictator.” When Biden issued more EOs every day, Fox News pounced claiming he was acting as a dictator. The fact-checkers countered that the quote was taken out of context. Assuming is the quote was taken out of context, it is not credible to believe that, in six days, 43 EOs and presidential memoranda requiring all new regulations implement policies that are not contained in the laws passed by Congress, can be implemented by a president without exceeding lawful presidential authority.

President Biden however, confirmed his many EOs were policy changes when stating “I’m not making new law, I’m eliminating bad policy.” But his policies will be formulated and implemented as new laws, through regulations, so he is changing law without congressional approval.

The curious aspect of the EOs is that they were issued with Democrats having the votes to control both houses of Congress. Either Biden does not believe he has the votes to secure passage of his programs or he views Congress as his handmaiden subject to his every order?

The most troubling of all Biden’s orders is the  Memorandum on “Modernizing Regulatory Review” which requires new regulations achieve racial justice, social welfare, environmental stewardship, human dignity, equity, and the interests of future generations; in addition to statutory requirements. These new, more undefined goals, would require substantive provisions in regulations that are well beyond the scope of the laws passed by Congress. This policy directive could have a massive social and economic impact since agencies issue around 4,000 regulations a year, about 80,000 pages worth of new law.

Texas immediately took action to defend its citizens and industries. In a few days, it secured a nationwide injunction against the immigration EO. A few days later, it announced it was suing over the climate EO canceling the Keystone XL pipeline and suspending new oil and gas permits. The large number EOs will be a constant source of litigation as to presidential authority. Also, each proposed regulation that attempts to incorporate one or more of the new policies set out in the Memorandum on “Modernizing Regulatory Review” will likely be litigated.

For decades presidents have expanded their executive power through EOs and new regulations. Congress has assisted in this power grab by passing broad and vague laws that give presidents reasonable support for asserting such power. An imbalance has created a strong executive voice and an irrelevant Congress. The Biden presidency may inform us whether presidents need a supportive Congress to implement their agendas or whether Congress is an irrelevant handmaiden.

Part II will focus on how the vitriol in Congress unifies Democrats to implement a permanent one-party rule by packing the supreme court, voting for DC statehood and eliminating the Electoral College.