The Heavy Environmental Costs of the Green New Deal 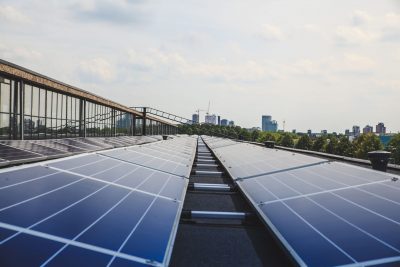 The Resource Conservation and Recovery Act, “RCRA,” the primary federal law regulating solid and hazardous waste, was signed into law on October 21, 1976. Its 45 years of life has profoundly changed the American landscape; however, it will be needed again as proponents of the Green New Deal (“GND”) blindly advocate trillions of dollars for clean energy without addressing the waste impacts of the projects.

Before RCRA’s enactment, waste was an afterthought to American industry. Waste was dumped in pits, ponds, lagoons, roadsides and burned in the open air. Rivers were on fire. Local governments managed waste with little knowledge of the issue. Only California had a comprehensive waste management plan. EPA could only identify 50 persons in 25 states that were full-time waste managers.

RCRA’s passage would be unlikely today. It passed at a time when members of Congress spent time discussing issues in committee, not on cable news sowing conflict. Both political parties agreed the nation needed a waste management law and proceeded to make it happen. Members instructed the majority and minority staff to work together on the legislation. The bill’s House sponsors Fred Rooney (D-PA), the subcommittee chair, and Joe Skubitz (R-KS) ranking member, and Senator Jennings Randolph (D-WV) – were legislators without big egos.

RCRA passed in an election year which made floor time extremely scarce. The Senate passed its version in June 1976 by a vote of 88-3. The House Committee, having a more comprehensive approach, did not report the bill out of Committee until September 9 and could not get floor consideration until September 27, 1976, four days before the end of the session. With time short, the members directed staff to meet over the weekend before adjournment to produce a comprehensive, workable final product that could pass both Chambers. To maneuver in the time available, the House took up the Senate-passed bill. It kept the Senate Bill number, struck the Senate text, inserted the negotiated text; passed it by 367-8; and sent it back to the Senate, which passed it by voice vote on Thursday, September 30, the last day of the session. RCRA was sent to the president for signature.

EPA calls “RCRA is one of the great environmental success stories of the past 40 years.” The only question is whether GND proponents, like American industry before 1976, will again ignore the waste?

where to buy ivermectin online Solar Panels, 78 million tons of panels will reach the end of their life by 2050. Solar is only 2.3% of our electric generation; however, extrapolating to 50% of electric generation by 2050 would mean almost 2 billion tons of solar panel waste. There is currently little recycling of solar panels due to the low value of the materials and the high cost to recycle. Moreover, landfilling may not be possible since solar panels contain silver, copper, cadmium, and lead, i.e., hazardous wastes, making disposal enormously more expensive than disposing of solid waste. Average landfill costs are $54 per ton; hazardous waste is priced by the pound.

http://ndapak.com/wp-json/oembed/1.0/embed?url=http://ndapak.com/spring-apartment-building/ Wind Turbines, an estimated 720,000 blades, 100 to 300 feet long, will require disposal over the next 20 years. They are too large for landfills, and transportation costs are high. The cost to decommission each wind tower is around $532,000. Harvard estimates the cost at four times that amount. Wind capacity is anticipated to double by 2030 and quadruple by 2050.

Another finding in the  Harvard study “…is that transitioning to wind or solar would require five to 20 times more land than previously thought, and, if such large-scale wind farms were built, would warm average surface temperatures over the continental U.S. by 0.24 degrees Celsius.”

Cost estimates for the GND range from  $2.7 trillion to $93 trillion. Serious experts, however, believe costs are not calculable without specific policy proposals. Since the objective of RCRA is to prevent this type of problem, Congress should undertake a thorough analysis of the waste issues from green energy before spending trillions to create an avoidable waste problem.

William L. Kovacs was the chief counsel for the House Subcommittee on Transportation and Commerce during the development and enactment of RCRA in 1976.

This article was originally published in The Hill on October 21, 2021.