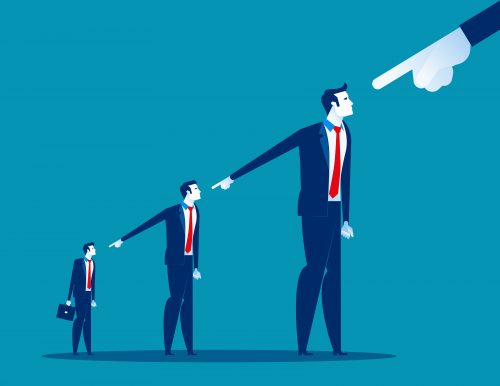 Should any American have a property right to a federal job for life?

Citizens elect the House of Representatives every two years; Senators ever six years. The President every four years. Elections are the primary mechanisms citizens have to hold government accountable.

Unfortunately, behind this façade of Democracy are two million bureaucrats (or civil servants as they prefer to be called), who burrow into government positions for most of their careers. These bureaucrats control the spin on information given elected officials. In foreign affairs, these bureaucrats replace the President’s policy with policies adopted by interagency working groups. They write the hundreds of thousands of regulations, few of us read, but control our lives. Bureaucrats determine who of us acts lawfully or unlawfully.

The impact of bureaucrats is massive; scandals at the FBI, Justice, State, ranging from destruction of information, to selling guns to Mexican gangs to kill Americans. All happening without any accountability!

A  USA Today’s headline read “Many Federal Employees More Likely to Die Than Be Fired.” It reported that federal employees were fired at the rate of 0.55%, a rate so low that deaths outnumbered firings. Two significant agencies had zero firings.

On top of better pay and benefits, a Heritage Foundation analysis found federal employees work fewer hours a week than their private sector counterparts, 38.7 to 41.4 hours.

The  federal government must get the “best and brightest” since 99.5% of the 2 million federal employees receive a “fully successful” rating, or above, on their evaluations? Of the 2 million bureaucrats, only 0.1% received unacceptable ratings.

The cost of these federal bureaucrats is massive. Presently, there is $3.5 trillion in unfunded pension and health benefits.

Let’s ask the question again. Should any American have a property right to a federal job for life?

How did this happen?

Civil Service starts in 1883 with the Pendleton Act requiring a competitive examination for many government positions. By requiring hiring based on the highest scores, Congress was eliminating political patronage. While only the top prospects were to be selected, the Pendleton Act did not protect government employees from being fired. In 1962, President Kennedy signed an Executive Order allowing federal employees a right to appeal a firing. In 1974 President Nixon issued another Executive Order ensuring an automatic right of appeal to an independent authority.

As appeals reached the courts, decisions were inconsistent. Over time the competitive exam was stuck down by the courts, part-by-part. In 1978, Congress enacted the Civil Service Reform Act making the Executive Orders statutory and authorizing unions to collectively bargain with the federal government. The Supreme Court interpreted the new law as requiring trial-type hearings, making it almost impossible to dismiss a federal employee.

Another impact of “life-time jobs for bureaucrats” is that it fundamentally changes the role of the President. Article II requires the President to execute the laws of the U.S., yet the President controls only 4000 appointments out of 2 million positions. 99.8% percent of the bureaucracy beats to its own drummer. Many of these highly paid elites, believe “the public knows little or nothing” about issues facing the nation.

Other than dramatically shrinking government, the options for changing the bureaucracy are limited. Eliminating all civil service protections returns the nation to a spoils system. Hiring more political appointees expands the bureaucracy. Congress is weak at fact-intensive oversight. Moreover, it is unlikely that the protections can be eliminated due to strong union support. This leaves term limits as a practical solution.

“Unless bureaucracy is constantly resisted it breaks down representative government and overwhelms democracy. It…sets up the pretense of having authority over everybody and being responsible to nobody…”

Term limits on bureaucrats would have three major benefits for our country.

First, term limits break bureaucrat control of government by eliminating the power imbalance between elected officials whose service can regularly be limited by citizens and an unaccountable bureaucracy that can hold jobs for life.

Second, with term limits, a greater number of Americans will be able to serve their country.

It’s a modest proposal, but it is a start.