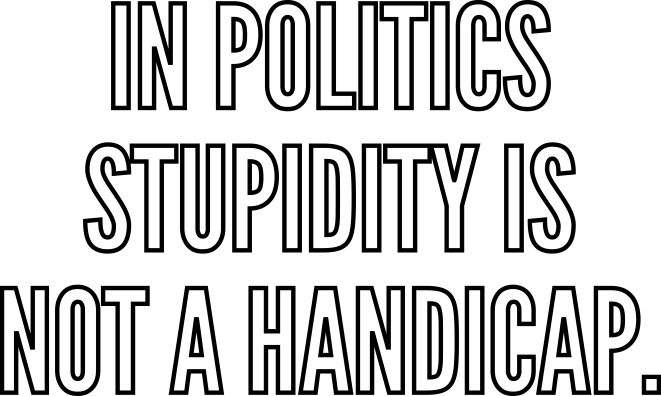 On March 28, 2022, President Biden hosted the annual Budget Pageant. This release of a massive book of proposals and charts is rarely taken seriously by a Congress that operates under a dysfunctional appropriations process. Many in Congress quip the budget is “Dead on Arrival.” Unfortunately, those quipsters ignore their primary constitutional responsibilities to raise revenue, pay debts, and provide for the general welfare, whatever that might mean to any given Congress. Instead, Congress usually authorizes the president to print as much money as can be printed with the paper and ink available.

The Budget Pageant continues for a simple reason – the president and Congress need to divert the public’s attention to stupid proposals since both are unwilling to manage government operations with the revenue raised.

For the FY 2023 budget, Biden is proposing to spend $5.9 trillion, which is 30% more than the last pre-Covid budget in 2019. Moreover, Biden fails to mention that taxpayer money is flowing into the treasury at its highest level ever. The Congressional Budget Office estimates a record tax collection of over $ 4 trillion. Why is it so hard for the federal government to live within a $ 4 trillion budget?

Biden’s budget claims it needs more taxes, but it will reduce the national debt by $1trillion over the next ten years, about $100 billion a year. Inflation, however, is running over 8 %, and the interest on the national debt of $27 trillion is $ 305 billion annually at a $1.4% interest rate. A 1% increase in interest rates will require an additional interest payment of $300 billion. A 2% increase in the interest rates will require an additional $600 billion payment. Biden needs a remedial math class. Then Biden proposes to tax billionaires on unsold assets. The only positive aspect of this proposal is it will create significant work for already wealthy lawyers and accountants.

Since the president’s budget proposals are irrelevant, and Congress is the only entity authorized by the Constitution to raise and spend money, it’s time for Congress to act responsibly. Sadly, Congress makes reducing the national debt far too complicated. Members constantly fight to save thousands of federal programs that are only important to lobbyists but irrelevant to most of the American people. Congress should limit its spending to items benefitting the nation.

By refocusing the discussion on the national interest, it is easy to find programs to cut by looking at programs Congress ignores but continues to fund for lack of interest in conducting oversight. If Republicans retake control of Congress and they are serious about reducing the national debt, they can do it without disturbing the economy.

Implementing some combination of these seven proposals would reduce the national debt by over $1 trillion a year without disturbing programs Congress views as a “must fund.” If Republicans are serious about reducing the national debt, now is the time to be responsible and just do it.

It Is Unjust for Congress to Fund Expired, Unauthorized Laws

Republicans and Democrats have used their political power to impose a massive and unjust national debt of $30 trillion on future generations. Since this debt has been imposed through a law-making process that did not have the participation of those who will be burdened with its payment, it is an unjust law. As such Congress has a moral duty and the legal power to remedy this injustice. If Congress fails to address this issue, it creates a high probability of future generations living in involuntary servitude to the federal government.

Most Americans understand debt can be reduced in several ways, cut spending, raise taxes, inflate it away or default. Since all options are painful and likely disruptive to the beneficiaries of government spending, Congress just continues spending.

Before continuing with its spending, Congress must keep in mind, complex societies collapse. Massively indebted societies collapse. Societies with their militaries deployed throughout the world collapsed. Highly regulated societies collapse. The U.S. is all these combined, contentedly sitting on a bubble of debt, unable to address the serious risks it poses. Congress and the recipients of government largesse delude themselves into believing collapse can’t happen here. Unfortunately, collapse has happened to every major empire in history and it will happen here unless the risks from debt are reduced.

As with all collapses, societies can live with risk for decades. At some point, however, if not addressed, risk turns into a disaster; society slips into the abyss. Once in the abyss, it can take centuries to reemerge as chaos rules.

To reduce our national debt, everything must be considered: taxes, spending, sale of assets, elimination of overreaching laws and regulations, and transferring to states programs they can implement better and more efficiently than the federal government. While dramatic options may exceed the courage of today’s politicians, there are smaller steps that could reduce the national debt by hundreds of billions of dollars. Even a small step to start reducing the debt would be a giant leap in government accountability.

For FY 2021 appropriations, the Congressional Budget Office “… identified 1,068 authorizations of appropriations – stemming from 274 laws – that expired before the beginning of the fiscal year 2022.”

The laws passed by Congress generally fall into two categories under its regular order:

This distinction is significant when attempting to reduce spending. Simply, when the authorization period of a discretionary law expires, Congress has the opportunity to let it lapse, amend it, or reauthorize it. Congress can hold oversight hearings to examine the law’s effectiveness. This oversight provides Congress control over the legislative process and, by extension, the regulatory process, since regulations are issued to implement the laws enacted by Congress.  More laws mean more regulation. Fewer laws mean fewer regulations.

Within this mindless appropriations process, however, Congress performs one act that debases the legislative process, while sanctioning the perpetual growth of the bureaucracy. This mindless act is a parliamentary procedure that allows the House to waive its Rule XXI by deeming hundreds of unauthorized laws to be authorized for purposes of making appropriations. This simple waiver gives life to hundreds of laws that have expired and for which Congress did not have sufficient interest to determine the continued need for the law. (The Senate does not have a similar prohibition.)

The House’s frequent use of waivers is contrary to almost two centuries of legislative practice for funding the implementation of laws. While there was always an informal process that required Congress first pass a substantive law and then appropriate monies to implement the law, Congress formalized this process in 1837, when the House of Representatives provided by a rule that “no appropriation shall be reported in such general appropriations bills, or be in order as an amendment thereto, for any expenditure not previously authorized by law.”

This prohibition continues today and it can be enforced by a point of order. Unfortunately, Congress has enacted mechanisms that allow itself to waive the rule by suspension, unanimous consent, or in the House by a special rule, which usually deems the unauthorized laws to be waived.

By circumventing its own rules, Congress avoids having to make the difficult decisions on which laws should continue in effect. It merely allows all laws to remain in effect. Though this charade is an easy way for Congress to avoid doing its job, it is a prime reason why Congress has institutionalized the growth of government.

For Congress to reclaim its lawmaking powers, it does not need to shut down the entire government. All it needs is for a few brave members to stand up and force votes to deny funding for programs that have not been reauthorized. Members of Congress have a choice to review each law and reauthorize, amend, or terminate it, or publicly waive the rules for expediency. Congress consistently chooses the cowardly way of “leadership.”

If members of Congress started raising points of order to stop the funding of expired laws or voted against the waiving of regular order, Congress would begin to assume responsibility for the legislative process by examining every law as each authorization period expires. This process will require Congress to examine what it has enacted and how each law impacts the American people. As this process moves forward, Congress will reduce its budget deficits by tens of billions annually, simply by pruning laws that do not achieve their purpose, or for which the costs greatly outweigh the benefits.

Congress is responsible to the American people. It now needs to act responsibly.