Dr. Franklin, You Will Soon Know If We Remain a Republic 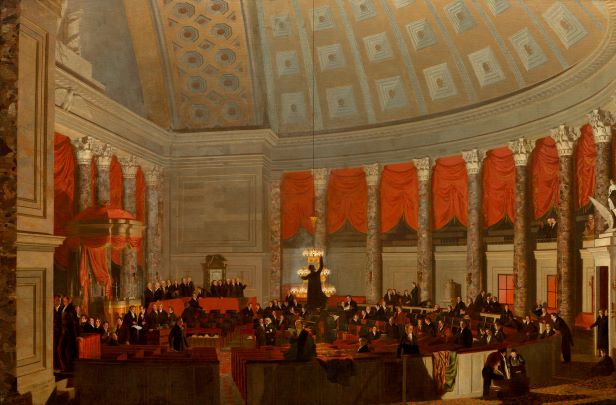 Clamart In troubled times we are reminded that after the Constitutional Convention, you were asked what type of government do we have, a Republic or Monarchy?  Your reply, “A republic if you can keep it,” is as profound today as it was in 1787. Over the centuries, Americans have been fortunate to have leaders who strove to keep the nation together. With the leadership of Lincoln, Roosevelt, and Truman we survived a civil war, world wars, and depressions.

We no longer have American leadership. We have only political leadership; “leaders” who win by dividing us. Voters are merely commodities that accept political promises in exchange for their votes.

Democrats want to mindlessly flood the U.S. with mail-in ballots that can be completed by anyone and delivered where needed.

President Trump urges supporters to vote early (by mail) and often (in-person). His Postal Service is restructuring operations (slowing down delivery) in 17 postal areas with 151 electoral votes. Yet, he accuses Democrats of stuffing ballot boxes and destroying ballots. He refuses to commit to a peaceful transfer of power should he lose.

Both parties believe chaos works to their advantage. Both parties refuse to renounce violence should they lose. Trump tells fringe groups “stand back and stand by.” Democrats claim the militant Antifa, a group that burns down cities, are peaceful protesters.

President Trump seems to welcome the opportunity to use force against any civil unrest. The Democrat presidential nominee seems to view the use of force against his supporters as a real sign that Democrats are fighting fascism.

With tens-of-millions of mail-in ballots being cast, official counting may extend beyond the December 14, 2020, electoral college voting deadline. Lawsuits will challenge millions of ballots, all to ensure a “fair election.” So far, 399 election lawsuits have been filed over when ballots must be counted, location of polling places, ballot drop boxes, poll watchers.

Biden wins by turning out a vote so massive it cannot be seriously challenged in court.

Trump wins by creating such significant chaos that his conservative Supreme Court must again act as a Super-legislature to “save the nation.”  Bush v. Gore, is the perfect example. The five Republican members of the court usurped Congress’ power to elect the president when it blocked the Florida Supreme Court’s order authorizing recounts. By ending the recount, the court elected Bush as president.

If there are disputed electoral votes, Trump will ask the court to set aside the laws of those states and award their electoral votes to him. This time, however, there are six Republicans on the court.  Three of the justices, Roberts, Kavanaugh, and newly appointed Barrett, were part of the Republican legal team in Bush v. Gore. They know how to use the court to elect a president.

By rushing the appointment of Barrett, in the middle of a presidential election, it looks as if Trump gave her the job so she can vote to let him keep his job. Should Justice Barrett, not recuse herself, and Justice Roberts abandons the president, she will determine the next president. A similar situation happened this week when the U.S. Supreme Court deadlocked 4-4 on a Pennsylvania case involving the time for counting ballots.

If Barrett’s vote elects Trump, the resistance will firmly believe the election rigged. This will be their reason for massive resistance. It will be Trump’s reason to designate these groups as “terrorists” and use the military to “restore order.”

The third possibility is to follow the Constitution and federal statutes governing the election of the president in a disputed election. It is difficult to manipulate this process.

Election disputes usually arise when one candidate has a small vote lead but the other candidate alleges that if certain votes are counted/discounted, he/she would win. The determining factor in 2020 is whether disputes can be resolved before December 8, 2020. If disputes are resolved within that time period, the selection of electors is “conclusive” and must be accepted by the next Congress, starting January 3, 2021.

Electors from states with unresolved disputes will be resolved by Congress in accordance with federal statutes.  In separate proceedings, each House must decide which set of state electors to certify. If the House and Senate agree on a slate of electors, the slate is certified. If the House and Senate cannot agree, the electors certified by the Governor of the state are counted.

There is no time frame for completing the process, thus the need for the Presidential Succession Act which establishes a line of succession to ensure the nation is never without a president. Trump’s term would end on January 20, 2021, and an acting president would serve until Congress elects a president.

Dr. Franklin, to continue as a Republic, citizens must view the election outcome as fair and legitimate. This requires the Supreme Court to extend deference to Congress and state legislatures in this most political of political matters. The presidential candidates must be gracious and peaceful in transitioning power or accepting defeat, otherwise the resistance and the armed militia, as proxies for their candidates, will fight for their version of a Republic.

Who knows what type of government we will have after such conflict? 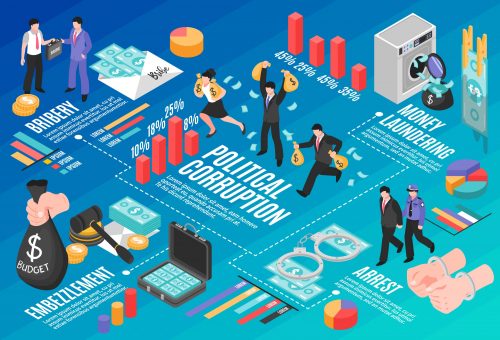 Election 2020, a mix of pandemic, reckless musings by presidential campaigns, uncoordinated federal and state election laws, and ballot litigation, promises us a ring-side seat to watch sausage being made. Like Bush v. Gore, the U.S. Supreme Court will be invited to decide a political fight or a few political fights.

Unless one candidate wins by a large margin, 2021-2024 will be a continuous fight over legitimacy, no matter who wins. George W. Bush, Obama, and Trump were considered illegitimate by some portion of the nation. This time, half the nation may believe the next president illegitimate.

Forget Russian interference, there are no algorithms for gaming the outcome of the electoral college process. It was designed by compromise, not logic. The electoral college, like the play Shear Madness, allows for many endings. We need to let the solid judgment of the Founders compromise play out.

A candidate securing 270 electoral votes is the next president.

Disputed elections, however, can have surprise endings. Election disputes usually arise when one candidate has a small vote lead but the other candidate alleges that if certain votes are counted, he/she would win. With surveys estimating 80 million people voting by mail; each state has different deadlines for counting votes, it’s likely deadlines will be missed causing challenges to slates of electors.

The determining factor in 2020 is whether disputes can be resolved in 35 days after the election, i.e. before December 8, 2020. If disputes are resolved within that time period, the selection of electors is “conclusive” and must be accepted by the next Congress, starting January 3, 2021.

Electors from states with unresolved disputes will be resolved by Congress in accordance with federal statutes.  In separate proceedings, each House must decide which set of electors to certify. If the House and Senate agree on a slate of electors, the slate is certified. If the House and Senate cannot agree, the electors certified by the Governor of the state are counted.

There is no time frame for completing the process, thus the need for the Presidential Succession Act which establishes a line of succession to ensure the nation is never without a president.

In electing a president, there is a role for electors, state legislatures, governors, and Congress. There are, however, according to Professor Tokaji, “…no federal laws allowing judicial contest proceedings over disputed federal elections.”

Even if Florida missed the safe-harbor deadline, and submitted competing electoral slates to Congress, Bush would have been elected president. Both Houses of Congress were controlled by Republicans. Even if there was a disagreement between the House and Senate, federal law mandates the slate certified by the governor, be counted. Governor, Jeb Bush would have certified George W. Bush electors.

In 2000, the Supreme Court disrupted constitutional and statutory procedures, used by states and Congress, to elect presidents. In 2020 the court again could be asked to set aside the same procedures. Notwithstanding the court’s lofty language, one-half the voters will believe it is manipulating words to hide its true intent – accumulating power as the nation’s super-legislature.