Spending Power is Bargaining Power: No Wall, No Dept Ed

While Joe Biden has a long plagiarism record, he at least steals good lines. For the release of his FY 2023 budget, he attributed to his father a phrase borrowed from James Frick (first director of development for the University of Notre Dame), “Don’t tell me what you value, show me your budget, and I’ll tell you what you value.” Actual words of wisdom related to congressional spending power and Biden’s refusal to build a border wall or enforce immigration laws.

Biden knows what he values. Its time for Congress to respond with its own set of values. If Republicans take control of at least the House of Representatives, they should inform the president; that if he does not build the border wall and enforce immigration laws, it will not fund the Department of Education (“Dept. Ed”). While these issues are unrelated, combining them into one negotiation is legal, workable, and requires little effort by a Republican House.

The ability of Congress to place limits on an out-of-control federal government and a president that refuses to execute the laws of the land rests on how it uses the “spending power” granted by the Constitution. Congress, including Republican Congresses, have used this power to spend and spend more for a century. Today Congress is confronted by a spendthrift President that has intentionally opened the Southern Border of the U.S. to millions of illegals, including drug smugglers, sex traffickers, and terrorists. This deliberately reckless decision harms citizens, overwhelms small cities, and costs taxpayers billions. Courts have ordered Biden to enforce immigration laws, but his administration continues to implement its values.

Implied in congressional spending power is the power not to spend. With a $30 trillion national debt, Congress can no longer ignore its real power not to spend. Congress only debates the level of spending, never the fact that it does not have to appropriate any money for any program, for any reason. If one House of Congress refuses to spend money, that one Chamber can control the size and shape of government. More importantly, if the Executive acts unreasonably, one House of Congress can control the Executive by refusing to spend on the Executive branch’s priorities.

If Republicans gain control of the House of Representatives in 2023, they could impeach Biden, but a conviction is unlikely. They could try to pass a more restrictive immigration law, but they will not have the votes to override his veto. Republicans could continue whining on cable TV, which feeds their egos but little else. A more forceful alternative is to find creative ways to use its spending power.

Under the Origination and Spending Clauses of the Constitution, only Congress has the power to raise revenue and spend money. No power in the United States can make Congress appropriate money that it does not want to spend. While it takes both houses of Congress and the president to enact a new law or spend money, spending no money is different. If one House of Congress refuses to spend money, there is no authorized money to spend.

The Dept. Ed should be the center of the negotiations since it is owned and operated by Biden’s most significant political supporters, the teachers’ unions. The teachers’ unions donated $43 million to liberal groups in the 2020 election cycle.

Other than spending several trillion dollars to expand the educational bureaucracy, studies and test results establish the Dept. Ed has made little or no impact on education.

The  Dept. Ed administers educational assistance,  collects educational data, and enforces privacy and civil rights laws like destroying Title IX for women’s sports. Of the 15 cabinet-level agencies in the federal government, its $ 96 billion discretionary budget is the third largest of all departments, only behind Defense and Health and Human Services.

The Dept. Ed has not, in any manner, enhanced education in its 42 years of operation:

While it is unlikely Congress would ever voluntarily abolish this failed agency, it does have an opportunity to use it as a bargaining chip to have a border wall constructed finally and immigration laws enforced.

A Scholarship for Every Student, Why Not We Pay for It Now! 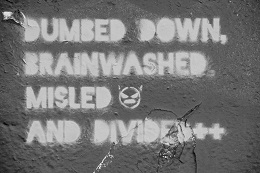 The local, state, and federal governments already spend more, on average, on public education, than it would cost to award a scholarship to every student equal to the average cost of education in the U.S. Unfortunately, most of our taxpayer dollars just go to public schools that are very expensive, union-controlled, and do not produce results. For taxpayers to get value for their dollars, the money should follow the student and let the student and parents choose the school. If public schools want to stay in business, the motto should be “Let Them Compete for Students.” The competition will also foster much-needed creativity in the fossilized Teachers’ Unions.

buy Seroquel no rx The Number of Students: The Census estimates there are 53,591,620, K-12 students in the United States. The National Center for Education Statistics and the Council for American Private Education, estimate approximately 48.6 million of these students are in public schools. 5.7 million are in private school, which is comprised of Catholic (53%), nonsectarian (14.8%), conservative Christian (12%), and other religious (19.3). Since all the numbers are estimates, and school populations change yearly, the number of students does not add up as neatly as numbers on a corporate balance sheet. There is a small discrepancy in the different estimates, so for ease of calculating let’s round off the number of U.S. students to 54 million nationwide.

Cost Per Student: In constant 2019-2020 dollars, the cost per student in public education is $ 14,891, which includes teachers, capital expenditures, and interest payments. The total cost of public education in the U.S. is $762 billion.

Total Cost of K-12 Education: The cumulative cost of educating all K-12 students in the United States is $762 billion in taxpayer funding for public education and another $61 billion in parent funding for private schools. Total funding for U.S. K-12 education is $823 billion or $15,240 per student.

Total Taxpayer Funding for Education in the U.S. that Can Be Distributed as Scholarships to Students: Taxpayers provide $762 billion to public schools and another $202 billion dollars to run the U.S. Department of Education, for a total expenditure of $964 billion. Since total K-12 education (public and private) is $ 823 billion, there is more than enough taxpayer funding for education to award a $15,240 scholarship to every K-12 student in the U.S. for use at the school of their choice and have $ 143 million left over.

The U.S. spends more on education per student than 33 of the 36 OECD countries. Only Luxenberg, Austria, and Norway spend more, yet the U.S. ranks 28th in math worldwide, 18th in reading, and 22nd in science. Clearly, the American taxpayer is not getting value for its money spent on its public school system.

Parents of students attending private schools were substantially happier with the private school’s performance than parents of public schools, by significant margins. Private school parents had a substantially higher favorability rating for all aspects of school life than parents of public-school students. Specifically, there is a 78% to 57% public vs private favorability for teachers, 78% to 55% for academic standards, 83% to 56% for school discipline, and 81% to 56% for overall school satisfaction.

Another benefit of private school education is that students are more likely to have higher SAT scores, and attain college degrees. For private schools, the national average SAT score is Private 1230, whereas nationwide, the average test score is 1051.

The resources for providing good education to all students are available now. Students and parents will select the best school for the student; private, public, or trade. By allowing students to control their futures, rather than an authoritarian teacher’s union, out-of-touch school boards, or federal regulation writer, students will determine their educational path and career goals.