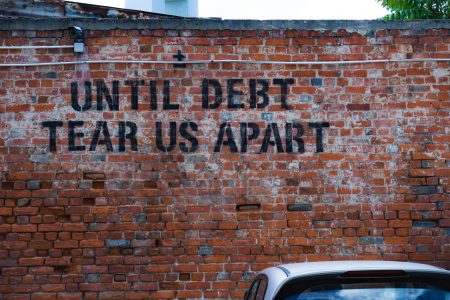 In 2021 our federal government spent $ 6.82 trillion in a $ 22.4 trillion economy. Simply, 30% of all economic activity in the U.S. is federal spending.  Another $3.3 trillion was spent by state and local governments. Forty-five percent of our entire economy is government spending. The Government Accountability Office (“GAO”) informed Congress the growth of the national debt is unsustainable and a risk to our future. It’s now time to stop spending and start reducing the nation’s debt to ensure a sustainable nation for our children.

To reduce spending, Congress must appropriate our money for matters that truly benefit the nation while preventing the direct redistribution of wealth to strictly private enterprises that wield influence in government?

The business-as-usual giveaway model is illustrated by the 2020 fiscal year appropriations which resurrected from the grave, billions of dollars in expired tax extenders and spread the benefits to distilleries, race-horses, and Nascar owners, short-line railroad, biodiesel blenders, and other favored industries. The tax credits were even made retroactive. The purchasers of the first 200,000 electric vehicles received up to a $7,500 tax break. Investors in Opportunity Zones received tax deferment on capital gains from for their investment in high-end apartments with yoga lawns and pools surrounded by cabanas and daybeds. Opportunity Zones were to benefit poor areas. The $350 billion dollars a year prescription drug industry benefitted from $64 billion in federal research funding. Flood insurance subsidies continued for beachfront property, notwithstanding that the program has $25 billion in losses, it is potentially liable for $1.24 trillion in claims while only collecting $3.5 billion in annual premiums.

While there is almost no limit to governments’ power to give away taxpayers’ money, there are historical precedents for limiting such gifts. In the mid-1800s, many municipalities and states used public funds to purchase stock in railroads being built across the continent. Many government entities were swindled out of large amounts of money. To prevent future losses, forty-six states enacted constitutional limitations preventing gifts to private entities. These restrictions were called “gift clauses” or “anti-donation” clauses or simply “government gift-prohibitions.”

The government gift-prohibition policies barred state and local governments from giving or loaning public funds to private corporations or associations for private undertakings. Initially, these provisions stopped government speculation with taxpayer money. With a $30 trillion national debt, Congress should enact the wise policies of the mid-1800s by prohibiting gifts, grants, loans, or the extension of the public’s credit to any private corporation, association, or private undertaking.

Such an action would serve to establish Congress as a fiduciary of the taxpayers’ money.

William L. Kovacs has served as senior vice-president for the U.S. Chamber of Commerce, chief-counsel to a congressional committee, a partner in law D.C. law firms, and his book Reform the Kakistocracy is the winner of the 2021 Independent Press Award for Political/Social Change. His second book, The Left’s Little Red Book on Forming a New Green Republic, quotes from the Left on how to control society by eliminating capitalism, people, and truth.